You are here: Home / Reviews / 60 Day Fix By ‘Father Jordan’ is a SCAM! (Unbiased Review)
Share

60 Day Fix by ‘Father Jordan’ is a very offensive scam targeted at Christians … and you should stay away from it! In this short review I’m going to expose this trash called a weight loss program so make sure you study it carefully.

Created in November 2016, 60 Day Fix promises to have the ’12 biblical ingredients’ that, when taken in ‘a precise order’, will miraculously melt away your excess fat. Some of the ingredients, claims the fictitious Father Jordan, were discovered in three biblical waters – the Dead Sea, Red Sea and Sea of Galilee.

According to the lying Father Jordan, the ’12 biblical ingredients’ were discovered by one ‘Michael,’ who was allegedly hunted by the bad, bad ‘big pharma and drug companies’ over it. Jordan claims his wife used the formula to shed 46 pounds.

Well let’s cut the crap and go straight to the reasons why 60 Day Fix is a scam:

1. ‘Father Jordan’ Does NOT Exist!

Jordan White (aka Father Jordan) calls himself a former military chaplain who currently pastors a local church. Well that’s a lie because the photo passed off as him actually belongs to a Catholic priest named Bill Hill!

So what does that tell you?

Wait … there is more:

All the photo testimonials are before-after photos stolen from other websites and blogs on the internet. I took my time to trace all of them:

The awfully long video presentation of 60 Day Fix is full of so many lies that I won’t bother to comment on them all. As a practicing Christian myself, I’m pretty sure that whoever is behind this program does NOT know the Bible. If he did, he would have known that the Red Sea and the Dead Sea never had any health significance. Jesus healed multitudes of people beside the Sea of Galilee, but there is no record whatsoever that he used ‘ingredients’ from the sea to do it.

Another funny lie by this scammer was the claim that India is a Christian country. Fact is, Hinduism is the main religion in India. Around 2.3% of the Indian populations are Christians. [Wikipedia]

So as you can see, this 60 Day Fix is nothing but a shabby hot mess of a weight loss product trying to use the Bible to rip obese people off. So don’t fall for it!

Rather than wasting your time and money buying this garbage, I recommend that you try these weight loss products instead:

1. Organic Total Body Reboot. If your weight problem is caused by chronic inflammation, then this program by certified fitness expert Thomas DeLauer may help you. Please read the review first before buying!

2. 21 Day Sugar Detox. If your weight issue is caused by bad food cravings/habits, then this program by certified nutritionist and NY Times bestselling author Diane Sanfilippo may help. Again, read the review first before buying.

3. Eat Stop Eat. If you don’t want to give up your favorite foods but still want to lose weight, then this program by nutrition expert Brad Pilon may be what you’re looking for. Please read the review before buying.

All these programs have been tested and proven to work. However, it is not a guarantee that they will work for everyone, but they are legit programs worth your money and effort. I always recommend that you see a doctor first before trying any weight loss program if you’re not sure what caused your weight gain.

As always, feel free to use the comments section if you have any contributions to make. If this review has helped you, please share to the relevant people you know so that they too will be informed. Thank you! 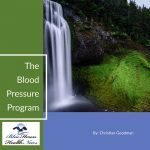