CBD oil is a product derived from the cannabis (marijuana) plant, which has been touted to have many health benefits. But does it really work as claimed? In this article, you are going to find out all you need to know about CBD oil and its benefits and by the time you finish, you’ll have a pretty good knowledge of the subject. There are a lot of interesting things you need to know and I’ll answer several questions about CBD as well. So sit tight, grab your reading glasses and let’s begin!

CBD oil is a product containing a compound called cannabidiol (CBD for short). Cannabidiol is one of the hundreds of compounds found in marijuana and hemp plants, which are collectively known as cannabinoids. The most popular cannabinoid by far is tetrahydrocannabinol (THC), which is the substance responsible for making weed smokers ‘high.’ Unlike THC however, CBD does not have that psychoactive ability so it does NOT make people high.

Until recently, scientific studies on cannabis compounds have been next to non-existent thanks to the illegal status of marijuana in many countries. But after recreational marijuana use was legalized in California in 2016, there was a sudden influx of CBD-laced products on the market. Of course, the majority of these products were later identified as scams, warning letters were sent out and some of them even got banned … but that hasn’t stopped more CBD products from flooding the market. CBD oil is just one of such products and arguably the most popular.

CBD oil is made by extracting CBD from either hemp or marijuana and infusing it into a carrier oil like hemp oil. It is then taken by either taking a few drops by mouth or adding it to food or certain drinks.

What are the Benefits of CBD Oil?

The cannabis plant has been used as medicine for millennia. Many ancient civilizations (particularly in India and China) used cannabis as medicine for all sorts of ailments and religious rites. It wasn’t until the middle of the 20th century that serious scientific studies to isolate cannabis compounds began in earnest. CBD was first isolated in the 1930s by Roger Adams and this is what research has found since then concerning the health benefits:

Marijuana and hemp have been used by ancient civilizations in Asia for millennia to treat pain. No one knew the mechanism behind the pain-relieving property of weed until a specialized system in the human body called the endocannabinoid system (ECS) was discovered in the 1990s. This system consists of enzymes, cannabinoid receptors, and endocannabinoids (cannabinoids produced naturally by the body). ECS activity affects many body processes, including the regulation of pain.

Many scientific studies have confirmed that CBD reduces pain and inflammation by binding to cannabinoid receptors. Other specific studies hint that the pain-relieving property of CBD is especially beneficial to those suffering from pain due to chronic diseases. For example, this study found that a combination of CBD and THC can relieve neuropathic pain associated with multiple sclerosis. An oral spray called Sativex, which has a combination of CBD and THC, has already been approved to treat pain associated with multiple sclerosis.

CBD oil derived from hemp has been shown to control seizures caused by rare types of childhood epilepsy. For example, this 2019 study published in the Epilepsia journal analyzed 366 patients with Lennox-Gastaut syndrome (a rare type of epilepsy that is difficult to treat) who were given CBD for at least 38 weeks in addition to their regular medication. The result? Total monthly seizures were reduced by as much as 57%, while 88% of the patients reported a significant improvement in their quality of life.

3. Can Relieve Anxiety and Depression

Several scientific studies have shown that CBD oil can help reduce anxiety and depression by acting on serotonin receptors in the brain. For those who do not know, serotonin is a neurotransmitter in the brain whose activity is responsible for your changes in mood and social behavior. The most popular antidepressants (called selective serotonin reuptake inhibitors [SSRIs]) all act by preventing serotonin from going back into the nerves.

In this review of animal and human studies, researchers in Spain concluded that CBD is a ‘potential new alternative for the treatment of anxiety, depression, and psychotic disorders like PTSD and schizophrenia. However, they note that the review is based on preliminary studies and so more research is needed.

Several preliminary studies have shown that CBD in combination with THC, can alleviate symptoms associated with cancer. For example, this randomized controlled trial found that CBD:THC combination can reduce pain resistant to strong opioids in cancer patients. Another study notes that CBD can reduce chemotherapy-induced nausea and vomiting, but not as well as some antiemetic drugs. The same study also notes that smoking ‘medical marijuana’ for cancer pain is not advisable as it can cause a fungal infection called Aspergillosis.

See also  PuraThrive Liposomal B12 Review: NOT A Scam!

There are ongoing long-term clinical trials studying the benefits of CBD in the palliative care of advanced cancer patients. Basically, the research in this field is in its infant stages but so far, we are seeing promising results.

Some studies have shown that topical application of CBD oil can help treat acne and atopic dermatitis (eczema). This study, for example, states that CBD could be an effective treatment for acne due to its anti-inflammatory properties. Another study found that CBD, in combination with aspartame, produced ‘statistically significant improvement’ in atopic dermatitis following 14 days of treatment.

There are other studies out there that claim that CBD oil is also effective against psoriasis and other inflammatory skin conditions. However, more research is needed in this area.

Other potential CBD oil benefits with some scientific backing include:

However, most of the studies backing up these claims are preliminary in nature and so more research is needed.

Side Effects of CBD Oil

CBD oil is generally safe to use for most people. However, it is not without side effects. According to this study, patients using CBD to treat epilepsy reported the following side effects:

Keep all these in mind while using CBD oil and report to your doctor if you notice any of these adverse reactions.

Are CBD Oil and Hemp Oil the same?

Technically, yes. CBD is extracted from the hemp plant and marijuana plant, both of which are part of the cannabis family. Then it is added to a carrying solvent or agent like hemp oil.

Please note that aside from CBD, hemp oil itself has other nutrients (like certain vitamins, polyunsaturated fat, etc).

Is CBD Oil good for arthritis?

Yes. According to this study carried out on rodents with osteoarthritis, CBD oil reduced arthritic pain by targeting pro-inflammatory cells in the synovial fluid known as rheumatoid arthritis synovial fibroblasts (RASF). Add this to the fact we established earlier (CBD oil can relieve pain) and now you have your answer.

Just in case you don’t know, synovial fluid is the liquid substance found in your major joints, which is responsible for providing lubrication and preventing friction due to joint movement.

Can CBD Oil cause headaches?

There is no indication that CBD oil causes headaches. In fact, available scientific data indicate that cannabis is being used in place of opioids by patients with chronic headaches like migraine.

According to the United States FDA, any CBD product that contains ‘no more than 0.3 percent THC on a dry weight basis are no longer controlled substances under federal law.’

In the United States, CBD oil is illegal in:

Where is CBD Oil Legal?

Apart from the United States, CBD oil use is legal in

There are a lot of conditions you need to know about the legal status of CBD oil in these countries though. You can read this article from The Extract for more details.

Will CBD Oil make me sleepy?

One of the side effects of CBD oil is drowsiness. However, this property of CBD oil is actually useful for those who are having sleeping problems. As I mentioned in my Sono Shots review, scientists have found that CBD ‘‘tended to support psychometric measures of perceived sleep, stress response, and perceived life pleasure.’ So if you’re having problems getting good sleep, you may consider using CBD oil as a sleep aid.

Can you get addicted to CBD oil?

No. According to a 2017 report from the World Health Organization, ‘evidence from well-controlled human experimental research indicates that CBD is not associated with abuse potential.’ This 2015 scientific review goes even further, claiming that CBD can actually help treat tobacco and cannabis addiction.

CBD oil has gained massive popularity in recent years and very few people are aware of its health benefits. There is also a lot of confusion regarding the legality and properties of CBD, largely because of its association with marijuana. I hope that this article has helped clear up the confusion. CBD oil has proven health benefits, is not addictive, does NOT make you ‘high’, and is already being used in modern medicine for various health conditions. However, it is not free of side effects so first consult your doctor before using it. 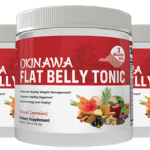 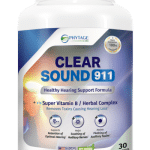