Home / Reviews / Hard on Demand is A SCAM! (Detailed Review)

A program that will supposedly get rid of your erectile dysfunction (ED) by relaxing your blood vessels.

Contains no special information worth paying for

Hard on Demand by ‘Brad Stevens’ is a new, viral Erectile Dysfunction (ED) product you should stay away from. This is because it is an annoying scam … and in this detailed review you will see all the reasons why you should never spend your money on it!

Created in July 2016, Hard on Demand is a 100+ page eBook that claims to be the product that will eliminate the causes of ED. According to Stevens, there are two causes of ED:

Backstory of Hard on Demand

The backstory of Hard on Demand is as dramatic as I expected. First was the ‘your penis is gonna DIE…I’ll be forced to amputate it’ shocker right at the beginning of the video presentation. Then there was this one about nurses giggling as a sexy female urologist drained his manhood with an 18-gauge syringe. So what happened?

Brad Stevens and his wife Angela were having a celebratory Valentine’s Day romantic evening which was supposed to end with steamy hot sex later in the night. But when the highly anticipated ‘moment’ came, nothing. No erection. Initially, he laughed it off as just a momentary occurrence. But when months passed without an erection and his sister-in-law warned that the frustrated Angela might leave him, Brad hurried to see a doctor, who prescribed Viagra to him.

Brad says his use of Viagra led to a steamy, 3-round sex with his wife. But after the third round, he noticed that his erection wasn’t going down as it should. It didn’t take long for pain, sweating, and racing heart rate to set in … and he was immediately rushed to the hospital.

At the hospital, he met ‘this stunning super-model looking redhead’ urologist, who told him that he was suffering from the side effects of Viagra. It was this sexy urologist who allegedly told him that his penis was ‘gonna DIE’ and drained it with the 18-gauge syringe. The urologist was allegedly accompanied by two young nurses, who were ‘trying hard, (and failing miserably) to hide their giggles’ as the urologist performed her duties ‘with a straight face.’ How ‘humiliating,’ says Brad.

Well after the ’embarrassment,’ Brad sets out for a natural solution to his problem, and multiple trial-and-errors later, Hard on Demand was born.

Whew. What a story, huh?

OK let’s go to the reasons why Hard on Demand is a scam, shall we?

1. Brad Stevens is Unverifiable (Does NOT Exist)

The photo purported to be of Brad Stevens is unverifiable. Even though I’m sure it is a stock photo, it seems not to be available anywhere else on the internet.

The major problem, however, is that there is absolutely NO information about Brad Stevens. There is no legit social media profile or verifiable bio. There is also no way of knowing how he qualified to write a book claiming to have the cure to a condition as complex as ED.

I contacted the support team of Hard on Demand for information about Brad Stevens. They replied, but failed to tell me anything about him. Strange, isn’t it?

At the affiliate page of Hard on Demand, however, you’ll hear the CEO of Success Vantage Group – the company behind this scam product – say that Hard on Demand was written by ‘an Agora (pause) former Agora copywriter.’ Something smells fishy here, don’t you think?

This leads to the question:

Who is Success Vantage Group?

As I mentioned earlier, Hard on Demand is owned by Success Vantage Group Inc (SVG), a company based in Singapore. SVG partners with authors by publishing and marketing their products on social media and popular platforms like Amazon Kindle and in our case, Clickbank.

On looking at Success Vantage Group, however, I noticed that it is just a company that publishes and promotes products for clients. So far, their most successful products are all scams: The Millionaire’s Brain, Pure Reiki Healing, and NutriO2.

Bottom Line: SVG is a legit company of some sort, but they are promoting scams. I’m not sure if they are aware of this fact.

Hard on Demand has a blog called MensLifeScience.com (MLS), and all it contains are ED articles stolen from medical resource sites like WebMD and WellnessMD. To confirm this, head to Copyscape.com, paste the link to any article from MLS on the search box, and click ‘Go.’

Here is an example.

What this finding means is that the owner of this product is a serial plagiarist. So the information he is trying to sell you in the name of Hard on Demand is most probably stolen from sources that you can access easily on the internet free of charge!

Speaking of the latter…

After glancing through the Hard on Demand eBook, I couldn’t help but notice that it contains absolutely no original information about ED. All I found was general stuff (eg what is ED, signs and symptoms, causes, conventional treatment), and they make up more than half of the book. Stevens also mentioned three relatively unsafe herbs that have been shown to have a positive effect on blood flow. Strangely, however, he did not include any of them in the few food recipes he recommended. Speaking about the recipes, I didn’t find anything that demonstrates their specificity for ED treatment.

Bottom Line: You’ll be paying for a worthless product if you buy Hard on Demand.

Final Conclusion: DON’T BUY Hard on Demand. It is A SCAM!

Ignore the multiple pop-ups preventing you from leaving the website. Don’t fall for the ‘ONLY 3 packages left’ countdown widget on the pop-up page offering you a $30 discount on an already discounted $59.95 eBook. That’s just a very common pressure tactic used by scammers to lure you into their nasty web.

Feel free to use the comments section if you have any contributions to make. Please don’t forget to share this review with the relevant people you know so that they too will be informed and stay away. 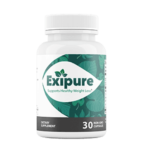