Yet another hearing loss scam based on an Amish ‘ritual.’

The scientific basis is dishonestly distorted

Forget about using Volumil supplement by ‘John Miller’ to cure your hearing loss and/or tinnitus because it is a scam! In this short review, you’re going to find out all you need to know about this supplement and all the reasons why you shouldn’t waste your time and money on it. So let’s dive in!

According to Miller, Volumil is based on ‘a 60 second “water ritual” used by a small Amish community from Colorado.’ This so-called ‘secret ritual’ is so ‘powerful’ that he didn’t need to resort to ‘drugs, expensive surgery or dangerous exercises.’

So how did Miller manage to get his hands on the ‘secret’ formula from the famously seclusive Amish community?

Miller tells us a story on how he almost lost his life because he poured ‘a strange oil’ he found on the internet into his ears to cure his ‘debilitating’ hearing problem. Before then, he had already spent thousands on hearing aids, ‘fake gurus’, and ‘basically everything’ traditional and modern healthcare can offer to no avail. He had resorted to the ‘strange oil’ out of ‘desperation’ because the ad he saw said that it would restore his hearing for cheap…

Anyway, he finally ended up in hospital where he was later informed that the strange oil ’caused a severe infection which had spread to my brain.’ When his estranged father who happened to be a ‘neurologist’ heard about the incident, he rushed to his son’s bedside, where Miller informed him on what the doctors said: He had only 6 months left until he completely loses his hearing if surgery isn’t done STAT!

This bad news however, didn’t rattle Miller’s father. Apparently, the senior Miller was raised in a small Amish community in Colorado, where they are strictly forbidden from interacting with the rest of the world. As a result, they rely on ‘nature’ for all their needs, including medicine. Miller claims that one of the Amish’s ‘most important skills’ is ‘medical knowledge,’ and that his dad learnt this skill from his own dad ‘and continued using it after he left the community when he was young.’

So instead of being worried about his son’s dire condition, the senior Miller proceeds to lecture his son on why every hearing loss remedy out there is ‘destined to fail’ because they lack ‘a crucial piece of information.’ What’s this information? ‘Toxic chemicals’ are the main cause of hearing loss. After he was done with his long lecture, the senior Miller then showed him an ‘old dusty journal’ containing ingredients which the Amish use ‘to treat all sorts of diseases.’ There was just one problem though: No one has ever combined the ingredients into a formula that can treat hearing loss/tinnitus. The senior Miller was looking for a human lab rat and voila, his son was the perfect candidate!

So over the next few weeks, Miller’s father made him ‘eat all sorts of weird foods and ingredients’ until they finally figured out which ones work best for hearing loss and what quantity is best. Inevitably, Miller’s hearing was restored. Word spread, and soon after many people’s hearing was restored thanks to the formula. The two decide to partner with a doctor to take the new miracle cure public, but instead got kicked out by the latter for trying to ruin their business. So they decide to release the supplement on their own … and that’s how we now have Volumil.

According to Miller, hearing loss has nothing to do with your ears, but it’s due to ‘a toxic chemical’ keeping your brain ‘hostage’. Later in the presentation, his father claims that the root cause of hearing loss is ‘life threatening toxic chemicals’ which are present in everything ‘from the food you eat, to the clothes you wear, to the gas you fill your tank with.’

Miller’s dad elaborates further, claiming that toxic chemicals damage your hearing by occupying ‘every cell of your nervous system,’ including your ears.’ Specifically, he claims that these toxic chemicals form a plaque made of a protein called amyloid beta (ABP) on the nerves in your brain. According to him, this protein plaque not only causes hearing damage, but will later spread to cause serious conditions like memory loss. On top of that, this killer protein also damages the hair cells in your ear, causing them to die and subsequently leading to hearing loss.

But do not fret, says Miller, as Volumil supplement will flush out these toxic chemicals, which will get rid of the killer amyloid beta protein (ABP) and allow your nerves to regenerate in just a few weeks, restoring your hearing. I’m curious to see the ingredients that make up this magic formula of this supplement. Let’s find out, shall we?

The ingredients of Volumil include

The herb extracts are the supposed ‘secret’ that the Amish use to cure all manner of diseases. Unfortunately, none of these ingredients have been scientifically shown to reverse hearing loss caused by toxic chemicals.

All these plans come with ‘free shipping’ and what Miller calls ’60 days money back guarantee’ but trust me, he’s not going to honor this guarantee. So beware!

Now to the fun part. Why is Volumil a scam?

1. John Miller is Unverifiable (Does NOT Exist)

John Miller calls himself a 46-year old industrial worker who lives with his wife Christine and daughter Emma in Colorado. That’s all we know about him. There’s no social media presence of this guy or even a photo of him anywhere. But the scammers behind this product made sure to disclose in a disclaimer that John Miller is a pseudonym because he ‘wishes to keep his identity private.’ Well that excuse doesn’t fly if he’s trying to sell you a health supplement. All marketers of health products and services must be identifiable so that they can be held accountable should anything go wrong. NEVER BUY ANY HEALTH PRODUCT OR SERVICE IF THE SELLER/OWNER IS HIDING UNDER A PSEUDONYM!

That said, John Miller is unverifiable and I’m more than 100% certain that he does NOT exist!

The testimonials featured in Volumil are fake, so much so that the scammers even duplicated some of them. Take a look:

If you’re looking for evidence of fake, made up testimonials, this is a classic example!

Finally, Miller’s dad claims that deposition of Amyloid Beta protein (ABP) on nerve cells is the main cause of hearing loss. While it’s true that this protein has been linked to hearing loss, that does not mean that it is the main cause of hearing loss. On top of that, there is no evidence that any of the supposed ingredients of Volumil will remove this protein from the nerves and restore your hearing. In fact, there is no treatment available to combat ABP which, by the way, is best known for causing dementia (especially Alzheimer’s disease). In other words, ABP deposition is an irreversible process.

I can dedicate a whole article to debunking all the scientific gymnastics and deceptions the Volumil scammers used to market this product but it’s not worth my time. These examples alone should be enough to prove my point!

If this review has helped you, please don’t forget to share to the relevant people you know. Also feel free to use the comments section if you have any contributions to make. Thank you! 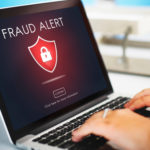