Home / Reviews / Nucific Bio-X4 Probiotic Review: NOT Scam, But Not Worth it Supposedly gives you the optimum ‘support for a slimmer body and smoother digestion.’

The company behind it seems to be legit

The Moneyback guarantee is honored by the company

Company recommends combining the supplement with a good diet and exercise

Probiotics do NOT cause weight loss in obese people

Some of the ingredients are not in their recommended dose

Bio-X4 is a probiotic supplement by Nucific which essentially claims to be your best bet to getting the slim body you desire. But does it really? In this review, you are going to find out all you need to know about this supplement, who created it, and why it may or may not be suitable for you. So let’s go!

Bio-X4 has been around since April 2015. It claims to be the supplement that will give you the optimum ‘support for a slimmer body and smoother digestion.’ According to Nucific, Bio-X4 ‘has everything you need to look and feel fantastic’ due to its touted benefits to your digestion. The owners go on to claim that the ‘secret’ to their supplement’s excellence is in the ‘pure, scientifically-studied ingredients’ it contains.

Basically, Bio-X4 is marketed as a 4-in-1 weight management supplement that is designed to ‘optimize your digestive system from the inside out.’ This, in turn, will reportedly ‘help balance your digestive system, supercharge your metabolism, curb your cravings, and support healthy weight loss.’

According to the manufacturer, Bio-X4 works in 4 ways:

As you can see, the touted benefits of Bio-X4 are tied to its ingredients. We’ll examine the ingredients in more detail later but first, let’s talk about the company we’re dealing with, shall we?

Who’s the Company Behind Bio-X4?

Bio-X4 is owned by Nucific, a company based in California. They have their address and contacts posted online so it’s not hard to find, unlike what we see with shady companies.

According to the information on their website, Nucific’s mission is to ‘offer cutting-edge products backed by science that can help your body operate at its prime level, the way it was designed to.’ The face of their company is a medical doctor and obesity specialist called Amy Lee.

Nucific has a BBB profile with an overall A+ rating. From the reviews posted there, the majority of consumers seem to be satisfied with the company’s products and services.

The bottom line? Nucific looks like a legit company with an above-average customer satisfaction rating. I also didn’t see any serious scam signals given off by the company so looks like we’re all clear on that one.

Now let’s talk about the ingredients in more detail.

The ingredients of Bio-X4 include:

L.acidophilus is a bacteria strain that is widely used in different probiotics. It is touted to have numerous health benefits, including improving immune function and aiding in relieving symptoms related to diarrhea and other gastric issues such as bloating, Curiously though, Nucific left out the information that L. acidophilus has also been shown to cause significant weight gain in both humans and animals. Why is that?

This is another popular strain used in probiotics. It has been linked to improving digestive issues as well as boosting immunity and preventing the development of certain allergies. However, most of these findings have not been shown to have any clinical benefits and there is no universal scientific consensus on them.

L. plantarum has been shown in the lab to reduce inflammation in the epithelial cells of the gut. With this finding, one can claim that this probiotic strain can aid in the relief of conditions like bellyache and diarrhea.

The health benefits of consuming B. lactis have been linked to improved natural immunity. For example, this study on 25 healthy, elderly people found that consumption of milk containing this strain led to a significant increase in immune function when compared to placebo.

This strain is naturally present in the gut and has been linked to improving immune system function and relieving common gastrointestinal symptoms.

Amylase is the enzyme responsible for the breakdown of carbohydrates in the body. It is naturally found in saliva and pancreatic juice.

The amylase in Bio-X4 is derived from Aspergillus oryzae, a type of fungi. This fungus is widely used in Asia for making fermented foods and drinks.

Lipase is another digestive enzyme involved in the breakdown of fat in the intestines. It is naturally found in pancreatic juice.

The lipase in Bio-X4 is derived from Rhizopus oryzae, a type of fungi. This fungus is also popularly used in Asian cuisine.

Bromelain is an enzyme derived from plants that are involved in the digestion of proteins. Some studies claim that bromelain has numerous clinical benefits, including fighting cancer development. However, we don’t really know much about the benefits of supplementing this enzyme.

In total, Bio-X4 contains 43mg of these enzymes combined.

The benefit of green tea when it comes to weight management is well known. Nucific though takes it up a notch by claiming that the green tea extract in Bio-X4 has a 50% concentration of a compound called EGCG.

EGCG (Epigallocatechin gallate) belongs to a class of plant compounds called catechins. Catechins are well known for their antioxidant activities. EGCG is touted to be the brain behind the weight loss capabilities of green tea. It is also said to aid in improving heart and brain health, etc.

A typical cup of green tea contains an estimated 50 to 100mg of EGCG. Bio-X4 contains 100mg of green tea extract, which places its EGCG content within the range.

Caralluma is a cactus plant native to India. It is normally used in the country as an appetite suppressant or to alleviate hunger during food shortages. A study conducted on 50 adults with high BMI found that 1 gram of Caralluma decreased their appetite as well as reduced their waist circumference. The study, however, notes that the results were not significantly different from that of placebo when it comes to losing weight.

Bio-X4 contains 166mg of Caralluma extract. There is no recommended dose.

Are there any Side Effects of Bio-X4?

Nucific does not say if their Bio-X4 supplement has any side effects. But from what I can see from the customers’ feedback, some users reported developing diarrhea, bloating, stomach cramps, constipation, and other digestive issues. So beware of these if you’re considering buying this supplement.

Nucific assures that Bio-X4 supplement is safe for everyone, but you should consult your physician if you notice any unpleasant effects or if you’re on medication before trying their product.

How to Use Bio-X4

There are also two other plans:

These plans come with a ’90-Day money-back guarantee.’ From what I can see from customer feedback, Nucific does honor its refund policy.

Who Should Use Bio-X4 Supplement?

Nucific claims, among other things, that their Bio-X4 supplement is suitable for anyone at any age who wants to lose weight or overcome their problems with digestion. Specifically, they state that ‘BIO-X4’s unique formulation can be effective at any age or weight, to improve digestion AND help you lose stubborn fat.’

As far as I’m concerned, however, this supplement may help with digestion, but NOT weight loss. I’ll discuss this in more detail later in the review.

A bottle of Bio-X4 costs $99, which is ridiculously expensive. As far as I’m concerned, the ingredients don’t justify the high price, as they are all widely available separately at much cheaper prices. I believe that the price is jacked up simply because the company is based in California – a very business-unfriendly, expensive state – and the company needs to cover the costs and make a decent profit off of their most popular product. Sucks to be Nucific in this situation if my guess is correct but either way, it’s a con.

2. Probiotics Do NOT Cause Weight Loss in Obese People

As I mentioned earlier, Nucific claims that their supplement is suitable for anyone who wants to correct their digestive issues or lose weight. Unfortunately, they didn’t bother to inform you that there is NO evidence that probiotics cause weight loss in obese people. I covered this issue in my Gutamin 7 scam review, where I highlighted a study that points this out.

So if you are obese, you are better off doing the traditional good diet and exercise to lose weight instead of using an expensive supplement like Bio-X4.

Bio-X4 contains Lactobacilus acidophilus, which Nucific claims will help boost your immunity and relieve your digestive issues. However, they failed to inform you that this probiotic causes weight gain not just in humans, but in animals also. Doesn’t that defeat the other purpose of this supplement: To help people lose weight?

4. Presence of Side Effects

Nucific didn’t say anything about their Bio-X4 supplement causing side effects. However, some users have reported experiencing gastrointestinal side effects like bloating, diarrhea, constipation, and abdominal pain while taking the product. Some even said they had to stop using the supplement as the side effects became too unbearable for them.

This is why you should always consult your physician before popping any probiotic pill.

5. Question About Underdosage of Ingredients

Bio-X4 contains three digestive enzymes derived from plant and animal sources, which Nucific claims will help resolve your digestion issues. The problem is that collectively, this supplement contains a paltry 43mg of these enzymes, which is nowhere near the therapeutic dose recommended for supplementation. This begs the question: What’s the point of including those enzymes in the supplement when they are not in their recommended dose?

Final Conclusion: You May Try Bio-X4, But NOT Recommended by Contra Health Scam

In conclusion, Bio-X4 may be owned by a legit company, but I simply can’t recommend this supplement. It is expensive and the ingredients do not justify the high price. There is no conclusive evidence that probiotics cause weight loss in obese people, and some of the active ingredients are not in their recommended dose. However, feel free to spend your money on Bio-X4 if you disagree with my review, but remember to consult your physician first if you have chronic issues with digestion before trying this supplement. 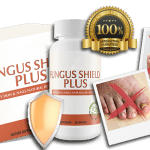