The author is a paid actor (does NOT exist)

Overhypes probiotics as solution to obesity

One of the ingrdients causes significant weight gain

Don’t waste your time and money trying Gutamin 7 supplement by ‘Brad Cameron’ because it is a scam! In this review you’re going to find out all you need to know about this product, who created it, and why you should keep your distance from it. So sit back, grab your reading glasses (if you use one) and let’s begin!

Gutamin 7 was launched at around March 2020. According to Mr Cameron, this supplement helped his younger sister Linda to lose weight. Specifically, he claims that he has discovered a Harvard study ‘that never saw the light of day till January 2020’ which led to his sister Linda ‘basically shedding a human being’ worth of weight ‘in just 31 days.’ And she was able to achieve this without diets or exercise. All she had to do was to take a few capsules of Gutamin supplement daily to replenish her gut bacteria for all the pounds of fat to melt away.

So how did he discover this miracle supplement?

Brad Cameron tells us a sob story of how he found his sister Linda slumped in her bathtub after slashing her wrist in an apparent suicide attempt, all because she caught her boyfriend secretly texting a skinny lady. She had walked into the room while wearing skimpy lingerie in order to seduce him…

According to Cameron, Linda was 65 pounds overweight, had high blood pressure, ‘skull-crushing migraines’, her blood cholesterol was ‘through the roof’ and her blood sugar was so high that ‘she almost passed out once’ and ‘was already knocking at diabetes’ door.’ And all this despite all her efforts to eat healthy and exercise to lose weight.

Linda’s shocking suicide attempt apparently motivated Cameron to look for a natural remedy for her obesity issues, and that was how he ran into what he calls the root cause of obesity – diminished gut bacteria (more details in the next section). Armed with this information, he was able to manufacture this supplement, which he first tested on his sister. 7 days later, she had lost 7 pounds. Then two weeks later, she had lost up to 62 pounds and had to change all her clothes. Of course, she conveniently ran into her ex at a grocery store afterwards and made sure to show him who’s the boss…

Mr Cameron wants the same for you too. That’s why he’s now asking you to buy Gutamin 7.

Science Behind Gutamin 7: How Does it Work?

Brad Cameron claims that you’re suffering from ‘autoimmune fattening response’ if you have ever tried everything from diets to exercise and failed to lose weight. This ‘autoimmune fattening response’, he says, is the ‘single cause of weight gain and obesity’. And what is the cause of this problem? Cameron says he has traced it to the bacteria, which he claims ‘links weight gain to your gut.’

Cameron blames the following for depleting the good bacteria controlling your weight in your gut:

Now why is that? Because of bad fertilizers and antibiotics, which end up killing off the good bacteria in your gut and consequently lead to what he calls ‘autoimmune fattening response.’

Gutamin 7 is basically a miracle ‘probiotic’ that will instantly reset your gut and cause you to lose weight. This it does by replenishing your gut with 7 strains of bacteria known for aiding in weight loss. Let’s talk about them now, shall we?

Just as the name suggests, Glutamin 7 contains the following strains of bacteria:

Cameron spends a significant amount of time in the video hyping the fat-burning effects of these 7 strains of bacteria. However, he failed to provide any links to scientific studies that back up his claims.

A bottle of Gutamin 7 costs $69. There are also two other plans:

If you subscribe to either of the two plans above, you’ll reportedly receive a free bottle of another supplement called Pure Ashwagandha. All plans come with what Cameron calls a ’60-day, risk free, no-questions-asked, money-back guarantee’ but again, I wouldn’t hold my breath that they will indeed honor their refund policy.

Now to the fun part. Why is Gutamin 7 a scam?

1. Brad Cameron is a Paid Actor (Does NOT Exist)

The man in the video calling himself Brad Cameron says that he’s a medical researcher based in Illinois. Apart from that, there’s no other information about him. He has no social media presence and no word about the medical laboratory or establishment where he conducts his research work. Well don’t bother finding out all that because he’s just a paid actor. Now why do I say that? Because I’ve seen this same guy in another video reading the script for another weight loss scam called Leptitox. There, he calls himself ‘Morgan Hurst’, a ‘firefighter’!

So what does that tell you? The before-after photo purported to be of his sister Linda most probably belongs to someone else and most importantly, ‘Brad Cameron does NOT exist. Red flag!

Cameron featured a bunch of before-after photos of his supposed happy customers who successfully used Gutamin 7 to lose weight. Now while I was unable to trace where he stole them from, there is no way I’ll believe that the people in the photos actually used Gutamin 7 to achieve those results. I mean, I just exposed the fact that the author does NOT exist!

Mind you, this is not the first time I’ve seen genuine-looking, untraceable testimonial photos to sell scams. Check out my Okinawa Flat Belly Tonic review as an example.

3. The Scientific Basis is Problematic

As mentioned earlier, Gutamin 7 is all about replenishing the good bacteria in your gut, which will enable you to lose weight. Cameron listed 7 strains of bacteria which he claims have been shown to aid in losing weight and boosting your immune system. But he failed to provide any links to scientific papers that back up his claims.

Remember the so-called Harvard study that supposedly ‘never saw the light of day till January 2020’? Cameron failed to provide us with a link to this study. I tried searching for this study but all my efforts yielded nothing. Why am I having this feeling that this study exists only in the imagination of Cameron who by the way, does not exist? Oh and by the way, this ‘study’ supposedly proved that antibiotics can kill the bacteria in your gut – as if we didn’t know that already.

And then there is his claim that diminished gut bacteria is the root cause of obesity and that obesity has nothing to do with your genetics or diet. That’s laughably false. Genetics and diet habits are proven causes of obesity. The only difference is that not all cases of obesity are caused by diet or genetics or diminished gut bacteria. That’s where trained medical professionals come in – to examine and help you pinpoint what’s exactly causing your weight gain so that appropriate remedies can be initiated.

Each time you come across blanket ‘root cause’ claims like Cameron’s, be very skeptical!

4. Most Probiotics Do NOT Cause Weight Loss in Obese People

Now while it’s true that probiotics are generally good for your health and may help fight weight gain, there is little evidence to prove that they cause weight loss in those who are already obese [ScienceDirect]. There are conflicting studies out there about the efficacy of probiotics in fighting weight gain. I even saw one study that said that all test subjects regained all lost weight within a month after stopping a probiotic.

The point is, it is pretty ridiculous to suggest that the solution to obesity is to consume probiotics as Cameron is doing.

Including this particular strain in Gutamin 7 and targeting it at those fighting weight gain only goes to show us the kind of scammers we’re dealing with. Stay away from this supplement!

Final Conclusion: DON’T BUY Gutamin 7. It is A SCAM!

Clickbank is the retailer of this supplement. So if you’ve made the mistake of buying it, please ask for your money back by contacting Clickbank directly. Don’t bother contacting Cameron because you’ll most probably be ignored!

Here are better, cheaper weight loss programs I recommend you to try instead of Gutamin 7:

All these programs are legit and have been proven to work. They also honor their refund policies so don’t hesitate to try them. There are also other legit weight loss programs in my Whitelist so check it out if the ones listed above don’t satisfy your unique preferences.

If this review has helped you, please don’t forget to share it with the relevant people you know. Also don’t forget to use the comments section if you have any contributions to make. Thank you! 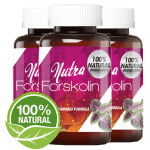