Author is unverifiable (Does not exist)

Copies backstory of another scam

Tonaki Tinnitus Protocol by ‘Todd Carson’ is a well-produced scam that lacks substance, and you should stay away from it! The scammers behind this product went at great lengths to make sure that their product looks legit … but from my experience, lies, and deception are always exposed at the end of the day. This review will demonstrate this perfectly so sit back and happy reading!

Tonaki Tinnitus Protocol was created in May 2018. It claims to have the ‘breakthrough’ cure that can treat your tinnitus in just 21 days. Todd Carson tells us the oh-so-sad-pity-me story of his wife Jo’s bad tinnitus and how doctors failed to treat her blah blah blah … until he figured out the supposed real cause of tinnitus – the degeneration of a certain ‘nerve fat’.

Of course, we’ll get to details later but let’s start with the fun part: The reasons why Tonaki Tinnitus Protocol is a scam.

1. Todd Carson is Unverifiable (Does NOT Exist)

Todd Carson claims to be a 52-year-old ex-military police officer who served in the U.S Air Force and the Marines ‘for over two decades.’ That’s a pretty solid resume if only it were true … as I’m confident that the man in the video claiming to be Todd Carson is a paid actor!

To start with, this Todd Carson doesn’t have any social media presence. But the next point below is the main reason I’m sure he’s a paid actor. Read on.

2. Part of A Huge Scam Empire

When you head to the affiliates section of Tonaki Tinnitus Protocol, you’ll quickly see that it is owned and marketed by Spark Health Media. This company is behind some of the most popular scams on the web … and all of them were first exposed by Contra Health Scam. I mean, take a look at the glorious list:

As you can see, all these scams use the same website design, paid actors, and sometimes even share the same backstory. This company is particularly notorious for doctoring stock images for use as author photos or testimonials.

After reading the backstory of Tonaki Tinnitus Protocol, I realized that I’ve read the same backstory months earlier on a different website with a different product. It didn’t take long to figure it out: This same backstory was used in Memory Repair Protocol – another popular scam by Spark Health Media.

Here are some damning similarities:

Check out the screenshots below.

Coincidence? I think not.

Just like in the other scams above, the testimonial videos of Tonaki Tinnitus Protocol are too staged to be genuine, with the multiple-angle camera shots and all. Spark Health Media went a step further by adding untraceable testimonial photos to supplement the videos, but given their history of doctoring photos, there’s no chance in hell that I’ll believe that those photos are genuine.

According to Tonaki Tinnitus Protocol, damage to the myelin sheath that covers the auditory nerve (the nerve that transmits audio signals to the brain) is ‘the real, root cause of tinnitus.’ Carson goes further to claim that the government and Big Pharma have conspired to ‘hide’ this information from you ‘because it would cripple the 10 billion dollar tinnitus treatment industry overnight.’

Actually, Carson is outright lying here. The fact is damage to the myelin sheath of the auditory nerve is NOT the only cause of tinnitus. There are many causes of tinnitus, degeneration of myelin being just one of them [RareDiseases.org]. And no, the government is not hiding anything. Everything is available online free of charge!

Again, Carson claimed that his wife was also diagnosed with early dementia and her tinnitus was one of the early signs. Well if that’s true, then his claim that her severe tinnitus was reversed in just 21 days is outright false. This is because dementia is a disease condition that slowly progresses and is IRREVERSIBLE [Alz.org].

Next, Carson claims that the purple sweet potatoes (part of the recipe he received from the old woman he met) contain a nutrient called quercetin, which has supposedly been found to regenerate myelin ‘in 30 days.’ He then cited this study to prove his claim. But if you read the report you’ll see that the researchers found that quercetin can boost the regeneration of myelin in brains suffering from perinatal cerebral hypoxic ischemia (PHI) in 30 days. In other words, according to the study, quercetin is only beneficial in regenerating myelin in fetuses and newborns, NOT adults!

I can go on and on and on but by now I believe you’ve got the point. Tonaki Tinnitus is full of lies, twists, and half-truths designed to completely deceive you. Stay away from this product!

BuyGoods is the retailer of this program. So if you’ve made the mistake of buying this program, ask for your refund by using this form.

Please know that only specialist doctors can help you with your tinnitus. So consult your neurologist or otolaryngologist and related specialists for help with your tinnitus so that they can properly diagnose your condition and proffer appropriate treatment.

Feel free to use the comments section to make your contributions. Also, don’t forget to share this review with the relevant people so that they will be informed. Thank you! 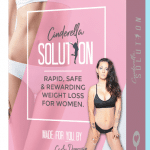