A notorious scam that made the local news.

The author is a paid actor, he even made local news

Testimonials made with paid actors

Based on a scientifically discredited research

Quantum Vision System by the so-called ‘Dr. William Kemp’ is nothing but a despicable scam, and you should stay away from it! This review is personal because I’m suffering from shortsightedness with -20D visual acuity, and I would have fallen for it had it been I didn’t know any better!

Dr. Kemp claims that Quantum Vision System is the cure that will restore your ’20/20′ eyesight in just 7 days. In fact, Kemp claims that his ‘all natural’ solution is ‘the greatest scientific breakthrough in eye care in over 100 years.’ According to him, it does not matter what caused your vision problem, as the Quantum Vision System will automagically restore your full vision without the need for corrective surgery or wearing glasses/contacts.

‘They said that it’s impossible…’ says the voice actor in the video presentation. Then, taking a cue from WWE star John Cena’s popular catchphrase, the voice dramatically declares, ‘THE. IMPOSSIBLE. IS. HERE.’

After the dramatic intro, you are shown a middle-aged man in a doctor’s coat claiming to be Dr. Kemp. He then tries to attack your psyche by asking you to close your eyes and imagine that you’ve been blind ‘for your entire life.’ Don’t listen to that man because he is just a local actor paid to play a doctor’s character. How do I know this? Read on.

According to the video, Kemp claims to be an optometrist practicing in Lexington, Virginia. However, an investigation by local news site KATU revealed that there is ‘no record of a Dr. William Kemp practicing in Virginia.’

At some point in the video, ‘Dr. Kemp’ is shown pulling off random people from a street near his ‘office’ to test their eyes. But KATU reported that the street is not located in Virginia, but in Northwest Portland, Oregon.

KATU’s reporter actually tracked down the actor who played Dr. Kemp at his home in Northwest, Portland, OR. His name is Gary Powell. When quizzed, Powell admitted that he was hired by a production company to play Dr. Kemp, but claimed that he never saw the video and was not aware that the scammers who hired him did not disclose that he was an actor on their website. Essentially, he is claiming that he did not know that he was being paid to take part in a scam.

Now even though Powell is claiming ignorance, everybody knows that ignorance is not an excuse. It is pretty clear that he never bothered to ask the company that hired him why he had to play such a character with such a script. In fact, when asked by the KATU reporter if it ever crossed his mind that the video he was starring in was suspicious, he blurted out, ‘To me, it seemed kind of odd. That’s all I can say.’

So as you can see, Powell was only interested in the money and did not care about the consequences of his action. He should be ashamed of himself!

2. Fake Testimonials. All of Them are Paid Actors!

As you would have realized by now, all the testimonials in the video are from paid actors. I tried to track down some of them from Fiverr.com, aka the home of fake testimonials, but I didn’t succeed. This did not surprise me, as the lead actor (Powell) wasn’t hired from Fiverr either.

But a close look at the testimonials should tell you that they are all fake. For example, that guy in a baseball cap (below) is clearly standing in front of an artificial, wallpaper background. The very bad acting in the scenes where Powell drags people off the street to prove that his product works is so plain that even in my anger, I chuckled.

So don’t pay attention to them.

See also  OptiVisum Eye Drops Review: It is A SCAM!

3. Quantum Vision System is Based on A Universally Discredited Research

According to Kemp, Quantum Vision System is based on research by physician William Horatio Bates in 1891. According to Bates, poor eyesight is caused by habitual straining of the eye muscles. His solution to the strain? Don’t wear glasses, expose your eyes directly to sunlight, etc … and your eyesight will be restored 100%.

However, it is no longer news that Bates’ Method, as his research is more popularly known, has been tossed into the dustbin by practically all eye-care doctors and scientists.  From Wikipedia:

Despite continued anecdotal reports of successful results, including well-publicised support by Aldous Huxley, Bates’ techniques have not been objectively shown to improve eyesight. His main physiological proposition – that the eyeball changes shape to maintain focus – has consistently been contradicted by observation. In 1952, optometry professor Elwin Marg wrote of Bates, “Most of his claims and almost all of his theories have been considered false by practically all visual scientists.” Marg concluded that the Bates method owed its popularity largely to “flashes of clear vision” experienced by many who followed it. Such occurrences have since been explained as a contact lens-like effect of moisture on the eye, or a flattening of the lens by the ciliary muscles.

The scammers apparently knew this, which is why Kemp claimed that the Quantum Vision System is a modern modification of Bates’ Method. According to him, Quantum Vision System combined Bates’ Method with modern quantum physics to develop a series of ‘simple eye exercises’ designed to align the lenses of your eyes in their correct, ‘natural’ position. These exercises, Kemp continues, will only take you 2-10 minutes per day to complete and in 7 days, your vision will be restored 100%.

So as you can see, this Quantum Vision System is utter nonsense. Please know that quantum physics – a science about how subatomic particles (proton, neutron, electron) interact in the environment and with one another – does NOT have anything to do with the retina. The only time it is ever applied in medicine is in the operation of the MRI machine and electron microscope.

I don’t even want to go into the part when Kemp claims that his website will soon be taken down because his product exposes the ‘lies’ of optometrists and ophthalmologists. Or the part where he claims that wearing glasses/contacts or having laser procedures will worsen your eyesight and you don’t need them ‘at all.’ Or the fact that a pop-up page prevents you from leaving the site and offers you a $10 discount before putting time pressure on you to buy the product.

Save your $37 and use it for something else. Remember that those treatments Dr. Kemp was discouraging you from trying (glasses, contacts, laser surgery, intra-ocular lens implantation) are safe, proven ways of vision correction. Wearing glasses does NOT weaken your already-bad eyesight. Rather, not wearing one definitely will [American Academy of Ophthalmology, Mayo Clinic Health System, BBC].

If you have used this Quantum Vision System or have any contribution to make, please share it with us in the comments. If you want to read more about this scam, then check out reviews from HighYa, San Diego CAN, and Zarkbed.

Quantum Vision System has now resurrected and is being sold through Paypal. Be sure to keep your distance from it! 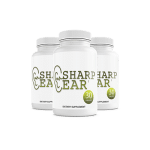