Home / Reviews / Quietum Plus by ‘Patrick Bark’ is A SCAM! (Honest Review)
Share

Keep your distance and money away from Quietum Plus tinnitus supplement by ‘Patrick Bark’ because it is a scam! This supplement is no different from all the tinnitus scams I’ve exposed already on this website so don’t think for a second that you have finally stumbled upon a supplement that will get rid of your tinnitus for good. In this review, you are going to find the truth about this supplement and why you should stay away from it. So lets begin!

Contents show
I Quietum Plus
II Pros
III Cons
IV Backstory of Quietum Plus
V Science Behind Quietum Plus
VI Ingredients of Quietum Plus
VII How Much Does It Cost?
VIII 1. Author is a Paid Actor (Does NOT Exist)
IX 2. Fake Facebook Testimonials With Stock, Stolen Photos
X 4. The Scientific Basis is Practically Nonexistent

Quietum Plus was launched in October 2020. It claims to be the supplement that will ‘cure’ your tinnitus. According to the owner Patrick Bark, his supplement has already helped ‘197,357 people’ get rid of their tinnitus since its launch just two months ago. He claims that his supplement contains a ‘secret’ the U.S military uses to cure their servicemen of tinnitus so that they can remain in active service.

So how did he manage to get this ‘secret’? Let’s find out!

Backstory of Quietum Plus

Mr Bark claims that he was hit with a bout of tinnitus while preparing for an outing with his family. Two agonizing months later, he decides to see a ‘top notch ear specialist.’ Three months of countless examinations followed … yet ‘absolutely nothing’ was found to be wrong with him ‘or so they believed…’ because he knew ‘deep down’ that ‘something wrong was going on inside my brain.’

Frustrated that no doctor could figure out this bad thing going on in his brain, Patrick Bark concludes that these doctors were secretly trying to get rid of him. He claims that excessive noise wasn’t the cause of his tinnitus because he works in classrooms. He then decides to live with the tinnitus but 6 months later, the ringing had intensified to the point where ‘I felt like my head was splitting in two.’ Irritation, hand tremors, and other ‘unpleasant surprises’ followed. ‘I was scared out of my mind!’ he laments. Eventually, his problems ended up making him almost burn down his house … and he ended up in the hospital.

After returning from the hospital, he began his ‘research’, which led him to one ‘Doctor S.’ This supposed Dr S is apparently a neuroscience researcher famous for his neurosurgeries who works for the United States Department of Defense (DoD). It was this Dr S who informed him that the U.S military uses a secret tinnitus cure to keep their most hardened servicemen in active duty otherwise they would have retired. He offers to ‘steal’ the formula for the grateful Patrick Bark.

With the stolen formula, Bark manufactures a supplement and tried it on himself. Sure enough, he was cured within a few weeks. Than he and Dr S conducted a trial on 53 people and of course, all 53 of them got cured. Ever since then, ‘197,357 people’ have been cured of their tinnitus using his supplement. Now he wants you to buy it as Quietum Plus.

Science Behind Quietum Plus

Quietum Plus repeats the same old cliché about tinnitus not having anything to do with your ears but with something going on with your brain. For this reason, Bark proceeds to dismiss basically all known tinnitus remedies as either ineffective, a ‘distraction’ or taking too long to work.

Afterwards, we are informed that the real root cause of tinnitus is damaged nerves. Park didn’t specify which nerves he was referring to (cochlear or brain nerves). Instead, he simply claimed that repairing and regenerating the damaged nerves will reverse your tinnitus … and his Quietum Plus can easily achieve that due to the ‘secret military formula’ it contains.

Speaking of military formula, what are the ingredients used to make it?

Ingredients of Quietum Plus

The ingredients of Quietum Plus include the following:

As usual, Partrick dedicated a significant portion of his presentation hyping the supposed magic effects of these ingredients in combating tinnitus. However, he failed to provide any scientific citation to back up any of his claims. This is most probably because none of these ingredients have been scientifically proven to help reverse tinnitus (yes, I checked).

A bottle of Quietum Plus costs $69. There are other plans:

All these plans come with ‘free US shipping’ and a ’60 day moneyback guarantee.’ If I were you however, I will not go through Patrick Bark when asking for a refund. Instead, I’ll go through his supplement’s retailer (Clickbank). More on that later.

Now to the fun part. Why is Quietum Plus a scam?

1. Author is a Paid Actor (Does NOT Exist)

The man in the video calling himself ‘Patrick Bark’ introduces himself as a 50-year old husband who lives in a small town in Virginia with his wife Sylvia and 10-year old Carrie. He also claims to be a university professor at ‘one of the most prestigious US universities for over 25 years now.’ He never tells us the name of this ‘prestigious’ US university. Instead, he uses a stock video (screenshot below) of an Anatomy professor at the Ukrainian medical university where I studied while describing himself! I personally know everyone in the video!

Apart from this personal surprise above, there’s no other way to verify the identity of Mr Bark. He has no social media presence and as a professor, he has no published work available as his peers normally do. As far as I’m concerned, his profile fits that of a paid actor!

Quietum Plus features a bunch of testimonials made to look like screenshots of Facebook posts. But they are nothing but doctored screenshots with stock and stolen photos!

So yeah, fake testimonials … which proves that Quietum Plus does NOT work!

4. The Scientific Basis is Practically Nonexistent

As I mentioned earlier, Bark repeats the same old cliché that tinnitus has nothing to do with your ears but it is caused by ‘something’ going on in your brain. He also repeats the same old information about how the ears work and how the brain interprets sound signals … finishing up with the claim that ‘damaged nerves’ is the root cause of tinnitus. This information is not new or special though. Bark didn’t bring anything special on the table to warrant any interest in his supplement. Instead, he wasted our precious time repeating clichés, telling us sob stories and hyping ingredients, most of which have little to no therapeutic benefits.

As far as I’m concerned, Quietum Plus is only suitable for background noise and entertainment!

Final Conclusion: DON’T BUY Quietum Plus Tinnitus Supplement. It is A SCAM!

Clickbank is the retailer of this product. So if you have made the mistake of buying it, get your money back by contacting Clickbank directly. Don’t bother going through Mr Bark’s channels because you’ll be ignored!

If this review has helped you, please don’t forget to share it with the relevant people you know. Also feel free to use the comments section if you have any contribution to make. 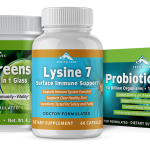