Tries to exploit the ongoing pandemic to sell scam

The presentation is full of lies

Immunity 911 supplement is a hilarious scam by known shady company Phytage Labs. However, I’m not laughing because these scammers tried to exploit the ongoing coronavirus pandemic to sell their scam … but they got caught before they did serious damage. This review will serve as the final nail in this scam’s coffin so sit back, grab your reading glasses, and read this review to the end to find out all you need to know about this supplement!

Immunity 911 was launched on March 17, 2020, exactly during the initial pandemic panic. It claims to be the ‘ultra-strength immune boosting formula’ that will help you ‘fight off harmful viruses.’ This supplement is supposedly based on the incredible ‘natural’ health secrets of Tibet which, despite being ‘the 10th largest country in the world’, has ‘only one case [of coronavirus]. Of course, this is neither the first time nor will it be the last time I’ll see Tibet being used to sell scams…

The video presentation of Immunity 911 begins with a doomsday-style reporting of the ongoing pandemic and the past flu pandemics, before going off about how Tibet managed to only have ‘one case’ of the virus. The rest of the 40-minute video presentation was spent listing and hyping the ingredients of Immunity 911, praising Phytage Labs, and trying to convince you to buy their supplement.

See also  Yeast Infection No More Review: It is A Scam!

By the way, Phytage Labs took down the video presentation so you can no longer find it on their website. This is most likely because in there, they were too overt in their true intention: Exploiting the pandemic to sell you a ‘cure’ or ‘protection’ in Immunity 911. Of course, Phytage Labs is not alone in this scheme. Zenith Labs, another shady company, has its own version, which I exposed back in April.

Immunity 911 supposedly works by flooding your body with the same ‘natural’ ingredients the Tibetans use to ward off diseases and live longer than the average person. According to them, ‘over the last two weeks, (emphasis mine), we’ve studied THOUSANDS of “superfoods,” vitamins, nutrients, and minerals…’

We have found the world’s most powerful ingredients to turbocharge your immune system, so you can rest easy knowing you’re doing everything possible to protect yourself.

Remember, Phytage Labs used JUST TWO WEEKS to study ‘thousands’ of substances to come up with the perfect formula which will supposedly protect you from viruses. These guys must be superheroes…

Immunity 911 contains quite a list of ingredients. I’m not going to waste my time talking about them in detail so let me just list them all below:

Now while it’s true that some of these ingredients can help boost immunity, the reality is that you can get most of them separately at cheaper prices. Meanwhile, there is insufficient evidence to show that the first 5 ingredients Phytage Labs hyped the most actually boost immunity. Phytage Labs didn’t even bother providing references to published scientific research backing up their claims!

Each bottle has 60 capsules, which represents a month’s supply.

Phytage Labs claims that their offer comes with a full ’90 day money back guarantee.’ In fact, they went further by claiming that if the product doesn’t work for you within that time period, they will give you a full refund plus an extra $100 ‘even if you use the entire bottle.’ Yeah right. Don’t fall for it!

1. Phytage Labs is A Shady Company

I have done a detailed deep dive of Phytage Labs in my previous reviews. This is the same company behind the following scams:

So when I say that we’re dealing with a shady company, I mean it … and I have the receipts to prove it!

Featured prominently on the Immunity 911 is a so-called ‘health researcher and immune system expert’ called Dr. Steven Klayman. If you read my Prostate 911 review, however, you’ll discover that Klayman is also passed off as a prostate expert. You’ll also discover that Dr. Klayman is in reality, a chiropractor – and chiropractors CANNOT treat diseases with medication or supplements!

Worse still, I have received feedback numerous times from my readers insisting that Dr. Klayman is most probably involved with the shady Phytage Labs, if not the mastermind behind it. Given the mounting evidence, I tend to agree.

In my Prostate 911 review, I was softer on Klayman and mostly gave him a pass. Not anymore. Stay tuned!

Immunity 911 features a bunch of testimonials made with photos that I can’t find anywhere else on the web. However, there’s no way you are going to make me believe that those testimonials are genuine. This is because I have caught Phytage Labs using stock and stolen photos as testimonials in their other scams. So what makes you think that Immunity 911 is different?

4. Tries to Exploit the Pandemic To Sell Scam

Immunity 911 began the video presentation with a doomsday-style report of the ongoing coronavirus pandemic and previous pandemic, thereby insinuating that the world is coming to an end if you don’t boost your immunity with their supplement. Later on, they removed the video and posted a disclaimer saying that ‘Immunity 911 is not intended to diagnose, treat, cure or prevent any disease, including the recent COVID-19 coronavirus.’ LOL!

Nice try Phytage Labs, but you can’t insult people’s intelligence. If your product isn’t exploiting the pandemic, then how come its scientific basis is STILL all about boosting immunity to fight only viruses?

Final Conclusion: DON’T BUY Immunity 911 Supplement. It is A SCAM!

If you have made the mistake of buying this product, your best bet is to file a credit card dispute with your bank or card provider. Don’t bother contacting Phytage Labs for your money back ‘plus an extra $100’ as they promised because you’ll be ignored. That’s what scammers do!

For those wondering how to boost immunity, all you have to do is to eat a healthy, balanced diet with a lot of fruits and vegetables. That’s the best way of boosting your immunity. You don’t need supplements for that if you’re otherwise healthy. Only those who are diagnosed as immunocompromised may benefit from immune-boosting supplements but then they are better off consulting a medical professional than buying a random scam from the internet!

If this review has helped you, please share it with the relevant people you know. Also, feel free to use the comments section below if you have any contributions to make. Thank you! 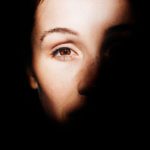