Supposedly aids weight loss by boosting the action of an enzyme in your body.

The author is real and qualified to give fitness advice

The scientific basis is solid

Most of the ingredients are useful for weight loss

Majority of the supplements are not in their recommended dose

Buy this product
Get the Supplement

Is CarboFix the weight loss supplement that will let you lose weight no matter how much carbs you consume? This is essentially what its owner Matt Stirling is claiming and in this review, you are going to find out whether this supplement can indeed achieve this feat. So sit back, grab your reading glasses (if you use one) and let’s begin!

CarboFix supplement was launched in August 2019. According to Matt Stirling, this supplement helped him to lose ‘a pound and a half in the first 24 hours’, ultimately losing ’10 pounds and two jean sizes’ in just ’10 days’. On top of that, his wife Nubbia also used the supplement to effortlessly lose 14 pounds in 10 days. He attributes this miraculous result to the ‘unusual secret’ his 99-year old grandmother-in-law in Ecuador has been using to remain slim, healthy and fit. He also claims that his supplement will turn on your metabolism ‘in 3 seconds’ so that ‘you’ll burn fat like crazy.’

Of course, we’ll go into details later but first, let’s briefly look into the owner of this supplement, shall we?

Who is Matt Stirling?

Matt Stirling is a former bodybuilder and fitness trainer from Canada. According to his website, he studied Fitness & Health Promotion at Fanshawe College in London, Ontario. He claims to have run his own fitness training studio for ‘8 years’ and was known to his clients as ‘the metabolism guy.’ Now he’s apparently a stay-at-home dad of three.

Matt Stirling made the backstory short and simple. Basically, he and his wife went down to Giron, a small village in Ecuador, to visit his 99-year old grandmother-in-law. There, he notices that in a village full of elderly people, ‘everyone was thin’ and ‘looked so much younger than their age.’ Specifically, his 99-year old grandma-in-law looked like she’s in her 50s, still walked around without support, and was independent. So he followed her routine and discovered that she mixes up a fresh blend of plant-based ingredients every morning, which she drinks as tea. She has been doing this ‘every morning for 50 years.’

After returning home, the curious Stirling began researching into the ‘secret’ ingredients in his grandma’s tea. That’s how he discovered that the ingredients were able to activate a ‘little known enzyme’ that allows the effortless burning of carbohydrates, leading to weight loss plus other benefits. Excited, he painstakingly sourced the ingredients and somehow manufactured a supplement, which instantly made him lose a pound within the first 24 hours without diet or exercise. He ultimately dropped 10 pounds in 10 days.

His wife Nubbia, who had given birth to twins a few months earlier and so had no time to go to the gym, also used the supplement to lose 14 pounds in 10 days. Now he wants to to experience the same results by buying CarboFix.

The science behind CarboFix supplement is all about activating an enzyme called AMPK (AMP-activated kinase). According to Stirling, the secret to losing weight effortlessly is to activate this ‘little known’ enzyme. He cites this study from the Salk institute which praises AMPK as a ‘metabolic magic bullet protein’. The scientists state that compounds which activate this enzyme ‘have health-promoting effects to reverse diabetes, improve cardiovascular health, treat mitochondrial disease – even extend life span.’ The scientists note, however, that it’s still ‘unknown’ if all these benefits can be credited to AMPK or some other targeted mechanism. Yet that did not stop Stirling from claiming that AMPK ‘is the key to turning on your metabolism whenever you want…in a matter of seconds.’

Speaking of AMPK activation, Stirling claims that most people struggling with weight cannot ‘switch on’ AMPK because they consume foods containing fructans. Fructans are compounds from fructose, a type of sugar. According to Stirling, fructans are not easily metabolized by the body, which is a problem because they block AMPK. This ultimately leads to the spiking of blood sugar levels, which triggers insulin – the fat storing hormone – to kickstart the conversion of the sugars into fat, leading to weight gain.

Stirling lists ‘healthy vegetables’ such as ‘onions, cabbage, broccoli and asparagus’ as well as legumes as foods rich in fructans. He also says that AMPK levels decline with age, complicating matter for older people wanting to lose weight. He notes that AMPK is typically activated with exercise, but you’ll need to do an awful lot of intense workouts multiple times a week in order to reap the benefits. But thankfully with CarboFix supplement, you don’t have to worry about all these things, as it will basically do all the AMPK activation for you. All you have to do is pop two pills of the supplement daily, and watch the pounds drop in as little as 24 hours!

According to Mike Stirling, CarboFix supplement works in 3 steps:

Stirling says that his supplement is able to achieve all these steps because of the ingredients (the same ones found in his grandma-in-law’s tea) it contains. Let’s now look at them in more detail, shall we?

The ingredients of CarboFix include:

Berberine is a plant extract which is commonly used in traditional medicine. There is sufficient scientific evidence that berberine can help lower blood cholesterol levels, is effective in Type 2 Diabetes, and can help reduce high blood pressure when combined with the drug amlodipine. However when it comes to weight loss, there is insufficient scientific evidence. Regardless, Stirling pointed us to this scientific study which says that Berberine activates AMPK in rats.

A capsule of CarboFix has 400mg of berberine extract, which is below the usual dose recommended for other conditions like diabetes (at least 500mg).

Cinnamon bark is a popular food spice which is also used as medicine to treat ailments such as indigestion, diarrhea, diabetes and obesity. According to Stirling, cinnamon bark ‘regulates the enzyme AMPK’ in order ‘to prevent cells from being filled with fat.’

Stirling attempts to differentiate the cinnamon bark in CarboFix from the regular one in grocery stores by claiming that his supplement has the ‘true cinnamon.’ He then cites this study which says that cinnamaldehyde, a compound found in cinnamon, indeed regulates fat formation in lab mice by, in part, activating AMPK. In the real world however, there appears to be no scientific evidence to prove that cinnamon bark helps people lose weight.

CarboFix contains 100mg of cinnamon bark. There is no standardized dose.

CarboFix contains 55mg of alpha-lipoic acid, which is far lower than the recommended dose for weight loss (at least 600mg per day).

I’ve talked about chromium before in my PhenQ review, where I said that there is conflicting data on whether it leads to weight loss. However, Stirling hints that chromium picolinate is the compound that will ‘block’ carbs from being stored as fat in your body. He also cites a study which shows that taking 1000mg of chromium daily ‘reduced food intake, hunger and cravings in healthy overweight women.’

CarboFix contains 200mcg of chromium picolinate. This is within the recommended dose for diabetes and high cholesterol.

This is a well known vitamin which is primarily used for treating neuropathy because of its anti-inflammatory effects. Stirling claims that fighting inflammation is needed for your body to adequately switch on AMPK.

CarboFix has 80mg of benfothiamine, which is lower than the recommended dose (150mg).

Naringin is a bioflavonoid compound derived from grapefruit. Stirling claims that it can also help activate AMPK due to its antioxidant and anti-inflammatory properties. There is also evidence that consuming grapefruit itself can lead to weight loss in overweight people.

CarboFix contains 50mg of naringin, which is lower than studied doses (at least 150mg).

In summary, CarboFix is packed with promising ingredients. Unfortunately, most of them are below the recommended dose despite Stirling’s claim that they are.

Who Should Take CarboFix?

A bottle of CarboFix costs $49. There are two other options:

Each offer comes with a 60-day moneyback guarantee, which is a mandatory refund policy of Clickbank, the retailer. So should you decide to get your money back, do so within 60 days of purchase by contacting Clickbank directly.

In conclusion, I think CarboFix is a good supplement worth trying. But due to lack of third-party testimonials, I’ll not add it to my Whitelist. So if you’re considering using CarboFix supplement, I’ll gladly appreciate your feedback either via email or in the comments section below. That will determine whether or not it makes it into my Whitelist. 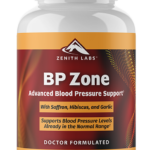 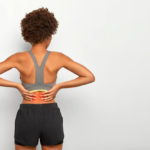