The reincarnation of a known scam

The owner does NOT exist

Very similar to another scam

Don’t waste your time and money trying Myco Nuker, aka Organic Fungus Nuker by ‘Terry Williams’ for your fungal infection because it is a scam! This product is nothing more than the supplement version of the colossal scam Japanese Toenail Fungus Code so don’t think for a second that you have stumbled upon a genuine solution to your fungus problem. In this review, you are going to find out all you need about this product and why you should stay away from it.

What is Myco Nuker?

Myco Nuker was created in June 2017. It claims to have the ultimate solution to your fungus problem that the medical industry has been hiding from you in order to keep profiting off your ‘suffering.’

The backstory is essentially the same:

Terry Williams tells us a sad story about how his wife Caroline suffered from liver failure, vision loss, left leg gangrene ‘filled with pus’ and almost died … all because she had a toenail fungus infection and made the ‘big mistake’ of seeing a podiatrist. So what was the awful thing the podiatrist did to Caroline? He prescribed her ‘a death cocktail’ of Lamisil.

Armed with this ‘newfound knowledge’, Terry contacts his Japanese childhood next-door neighbor Ayumi Hayashi. Terry claims he once saved Ayumi from ‘an abusive boyfriend’ and for this reason, Ayumi was ever ready and willing to help … which she did. Ayumi introduced him to one holistic medical practitioner called ‘Dr. Ishiguro’, who allegedly uses an ‘ancient Japanese secret’ to treat toenail fungus …

The backstory goes on and on but eventually, the ‘miracle’ Japanese ‘secret’ worked its wonders on his wife, and just 4 days after beginning treatment, she was able to walk, her eyesight returned to normal and all her fungus problems vanished.

Oh wait … I thought he said his wife had ‘gangrene filled with pus’ on her left leg. How come she was able to walk after just 4 days, especially since we know that gangrene always leads to amputation of the affected limb? It’s a miracle, folks!

We’re told that Myco Nuker has the following ingredients:

Of course, don’t pay attention to this list. Besides the fact that most of these ingredients have little or no evidence backing their effectiveness in battling fungal infections, there is no guarantee that the scammers actually used any of these ingredients in their supplement. In fact, I have no doubt that they are just using these ingredients as a marketing ploy to dupe you into thinking that you’re buying a loaded, legit product. So don’t fall for it!

That said, why is Myco Nuker a scam?

Terry Williams claims to live in Oak Park, Illinois, with his wife Carolina, and two children Mathew and Jessica. Well, that’s a fat lie because the photo passed off as he actually belongs to a French model named Bill Smithy. In other words, Terry Williams is a stolen photo. Shocker.

So what this means is that we’re dealing with liars who know how to tell a long, boring story that is a lie. Moving on.

The testimonials featured on Myco Nuker are untrustworthy because they are stock and stolen photos. Now back in 2017 I was able to trace the origins of the two photos passed off as ‘Matthew Palm’ and ‘Sue Holt’ but now it seems like they are no longer available anywhere else but on the Myco Nuker website. However, the photo passed off as that of ‘Dr. Adam Davis’ is actually a stock photo you can buy at iStock.com. So much for the podiatrist endorsement!

Now add this finding to the fake testimonials over at Japanese Toenail Fungus Code and you have yourself a full-blown scam that doesn’t work!

Fun Fact: Over at Japanese Toenail Fungus Code, the man in the video posing as ‘Dr. Adam Davis’ is an actor hired from Fiverr.com … and he looks nothing like his stock photo counterpart. LOL!

Okay so by now you know this already but I still need to include it anyway. There is not much difference between this product and Japanese Toenail Fungus Code other than the fact that they used different photos as testimonials, one is a supplement, and the other an ebook.

The bulk of Organic Fungus Nuker’s presentation is dedicated to how horrible the medical and pharmaceutical industry is, and how they have conspired to kill you with their dangerous antifungal drugs. Take a look at these gems from the presentation:

The medical industry is making huge profits from your suffering, never giving you solutions that go to the root of the problem. Instead, selling you drugs that will be the source of your next problem.

These pharma companies are not going to like that I am spreading this information all over the internet. Due to the amount of money they will be losing when everyone wakes up and throws away their phony treatments.

Similar rhetoric like the above is scattered throughout the presentation, including the good, old, drug side effects scare (where they constantly remind you that drugs prescribed by doctors have side effects and you’ll die if you continue taking them). Thankfully, there is no annoying pop-up window that springs up every few seconds to make you hurry up and claim a ‘discount’.

Well, the rule of thumb is this: Whenever you see any health product using drug side effects scare as a marketing strategy as it is done at Myco Nuker, then know that we are most likely dealing with a scam. This is a classic tactic by scammers. I’ve seen it done many times and it’s not going away anytime soon because it works. No one wants to die, after all!

Final Conclusion: DON’T BUY Myco Nuker. It is A SCAM!

At $69 a bottle (with $9.95 shipping), that’s a lot of money to waste on a colossal scam like Myco Nuker. Worse still, there is absolutely no guarantee they will honor their 30-day money-back guarantee. So it’s best you stay away from this product from the very beginning.

If you insist on using natural ways to tackle your fungus infection issue, then I recommend Candida Crusher by Dr. Eric Bakker. He is a naturopathic doctor with over 30 years of experience. Additionally, he specializes in treating fungal diseases and psoriasis and owns a well-known naturopathic clinic in New Zealand. This program contains information on how to treat any type of fungal infection so don’t worry about it not having the info you need. And at just $47, it is far cheaper and more valuable than Myco Nuker. Get the program now or read my review for more details. 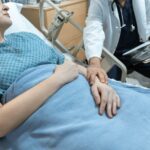