Supposedly cures diseases by supplying your body with ‘redox’ molecules.

The company managed to certify their production facility

The research behind the supplement has been discredited

ASEA Redox Cell Signalling Supplement is a weird MLM scam that you must stay away from. This supplement is manufactured by a Utah-based company that somehow managed to get certified by regulatory agencies. But by the time you finish reading this review, you’ll understand why I came to this conclusion, and why you should never listen to anyone who tries to convince you to buy this product!

Contents show
I ASEA Redox Cell Signalling Supplement
II Pros
III Cons
IV How ASEA Redox Works – What is Redox Signalling?
V What ASEA Redox Will Supposedly Do For You
VI Ingredients of ASEA Redox?
VII How Much Does It Cost?
VIII Who Should Buy ASEA Redox?
IX ASEA: The Company
X 1. The Scientific Basis is Nonsensical
XI 2. The Scientific Research Behind ASEA Redox Has Been Discredited
XII 3. Overwhelming Negative Testimonials.

ASEA Redox has been around since at least 2010. It claims to be the ‘breakthrough in cell signaling.’ Basically, ASEA Redox supplies your body cells with the materials they need to ‘communicate’ better with one another. This, in turn, will then lead to better overall health.

How ASEA Redox Works – What is Redox Signalling?

According to the ASEA website, ASEA Redox works through what they call ‘redox signaling.’ They then go on to define it as ‘cellular communication within a living organism’, which is ‘an essential function of normal physiology.’

The company then proceeds to spew a lot of vague stuff about redox signaling that even a medical professional like myself found mind-boggling. Anyway, they ended up claiming that ASEA Redox ‘is the first and only supplement on the market that contains active redox signaling molecules, powerful cellular messengers that help protect, rejuvenate, and restore cells.’ Hilariously, they contradicted themselves right in the next sentence by saying that these redox signaling molecules are ‘native to the human body’, meaning that the body produces them naturally. So what’s the point of supplying the body with molecules that it already produces by itself? Oh yes, silly me. ‘Millions of people around the world suffer from weak immune systems, unhealthy inflammatory response, cardiovascular issues, digestive complaints, and hormone imbalance…’

By the way, ASEA never told us what ‘redox molecules’ they are actually referring to.

NOTE: ‘Redox’ refers to reduction and oxidation (loss and gain of electrons). Redox Signalling refers to the process whereby naturally-occurring substances (including chemicals and free radicals) act as biological messengers in the body. Carbon monoxide, hydrogen sulfide, and sulfur dioxide can act as redox signaling molecules.

What ASEA Redox Will Supposedly Do For You

According to ASEA, their supplement will ‘signal the activation of genetic pathways or affect genes that:

On top of the above, ASEA Redox ‘works at the cellular level to help protect, rejuvenate, and restore cells.’ It also ‘can regulate genes and keep your cells talking.’

Hmm … so it looks like we’ve stumbled upon a powerful, all-rounder of a health supplement, haven’t we? I’m curious now. What are the ingredients of ASEA Redox supplement?

The ingredients of ASEA Redox include:

So what’s the difference between ASEA Redox ad ordinary saltwater? you may ask. Well ASEA claims that they use a ‘patented process’ to filter, process, and package the saltwater … and this secret process turns the saltwater molecules into ‘redox signaling molecules.’ In other words, they are not telling us anything. However, a Wikipedia article about their company mentions that they use electrolysis to split the saltwater molecules into the so-called ‘redox-signaling molecules.’ We’ll talk more about this later in the review.

Meanwhile, the ASEA company graciously showed us a video of the production process of ASEA Redox. In my opinion, I don’t see the difference between what they are doing and the work of a table water bottling company (except, maybe, the adding-of-salt part).

As I mentioned earlier, ASEA uses the MLM (Multi Level Marketing) model to sell its product. So the price of ASEA Redox depends on its numerous MLM affiliates. So basically, there’s no fixed price. But from my research, a bottle may cost you at least $50.

The same also applies to the money-back guarantee. It all depends on the MLM participant you bought it from.

Who Should Buy ASEA Redox?

From the look of things, ASEA Redox is targeted primarily at people with chronic diseases, immuno-compromised patients, and people with hormone imbalance issues. ASEA also markets its saltwater supplement to athletes, claiming that it helps them recover faster and boost their performance.

However, I think that the demographic that will most likely fall for this supplement is middle-aged to elderly people with chronic diseases.

Now before we go further to the part y’all are waiting for, let’s talk briefly about the company behind this supplement. Who are they?

ASEA is a biotech company formerly known as Medical Discoveries Inc. It was founded in 2007 by Verdis Norton and relaunched as ASEA in 2010. They are based in Salt Lake City, Utah.

See also  Quiet Mind Plus is A SCAM! (Unbiased Review)

According to their website, ASEA produces their ‘one-of-a-kind’ supplement ‘in an FDA-registered, NSF-certified facility.’ They also claim that their supplement is ‘Redox Certified’ by an ‘independent’ lab known as BioAgilytix Labs, Inc.

ASEA boasts of a Leadership team, an Advisory Council, a ‘Science Council’, as well as a ‘Medical Professional Board.’ The last two are loaded with medical doctors and Ph.D. holders, thereby giving off the impression that we are dealing with a company that knows what they are talking about. But as you’ll soon find out shortly, all that glitters is not gold!

So why is ASEA Redox a scam?

1. The Scientific Basis is Nonsensical

ASEA Redox is supposedly based on Redox signaling. But as far as I’m concerned, ASEA is using this scientific term to market their salt water and they did NOT use Redox signaling to actually produce the supplement. Remember the ‘patented process’ ASEA claims that they use to transform their salt water into redox signaling molecules? I think that they used the word ‘patented’ to legally avoid telling you exactly how they produce the said molecules … because they know that they are full of it. Now, why do I say this? Let me explain.

According to the Wikipedia article about their company (Wikipedia actually notes that the article was written by a biased insider), ASEA Redox is the replacement of an earlier product called MDI-P (emphasis mine):

ASEA is based on technology developed and patented by Medical Discoveries, Inc, a publicly traded company (MLSC). MDI-P was a clear, colorless liquid generated by electrolysis of a sterile saline. It contained highly reactive chlorine and oxygen species, including HOCl, OCl−, Cl−,  Cl2, and O3.

While the primary ingredients created in the original MDI-P solution are found in the current ASEA Redox Supplement and RENU 28 products, the processes and outputs differ. All prior patents from the previous company have expired. New patents that cover the proprietary composition and production processes used to produce ASEA … have been filed and issued.

There are a few problems here. First, electrolysis of saline does NOT give rise to O3 (Ozone). Secondly, if it’s indeed true that the MDI-P contained all those radicals, then it couldn’t have been ‘clear and colorless’ because Cl2 (chlorine gas) alone will give the solution a greenish-yellow tint. So with this lie about their older product, how do you expect me to believe that they are now telling the truth about its replacement?

2. The Scientific Research Behind ASEA Redox Has Been Discredited

ASEA has a section on its website dedicated to the ‘science’ behind its products. Visit that section and you’ll quickly notice that there’s not a single scientific paper cited or published there, not even scientific research about redox signaling. Now, why is that?

You see, ASEA did have some scientific research published on their website around the initial launch of ASEA Redox in 2010. All of them were funded by the company and as expected, they all found that the supplement helped with battling all manner of disease conditions. But of course, none of their research was peer-reviewed or replicated by independent researchers (other than the ‘independent’ BioAgilytix Labs, of course).

The MLM partners of ASEA had a field day spreading the research results to convince their potential customers, and they drummed up so much publicity that eventually, health professionals got their hands on them. Their research subsequently disintegrated on scrutiny. And that’s why they no longer use their ‘research’ on their own website.

Dr. Harriet A. Hall, a retired Air Force veteran doctor, did justice to this part of the review. I highly recommend that you read her review, which was written in 2012.

ASEA features a bunch of people – including a young family – as testimonials in their video presentation. All of them credit ASEA Redox for transforming their health for the better. But in the real world, the opposite is true. People HATE this product.

In fact, it got so bad that the MLM partners of ASEA resorted to flooding blog comments with testimonials about how the supplement saved their lives or something. For example, check out the comments section of this review from 2011. It was so bad that the author had to start deleting them.

I actually expect a bunch of them to leave comments like that in Contra Health Scam’s comments section. Once you see any positive testimonial of this product, just know that an MLM affiliate of ASEA posted it.

As you may have noticed, I didn’t really knock ASEA for being an MLM company. This is because not all MLM programs are scams. However, MOST health and wellness programs using MLM are scams … and you should be very careful when dealing with them.

If you’ve made the mistake of buying ASEA Redox, getting your money back is going to be a hassle. This is because getting your refund depends on the MLM partner you bought the supplement from … and most of the time they don’t offer refunds. So it’s best to not fall for them in the first place … and this is what Contra Health Scam is for! 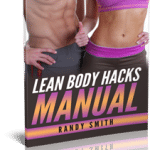