A clone of another weight loss scam

The author is unverifiable (Does NOT exist)

Don’t waste your time and money using ProVen weight loss supplement by ‘Adrian Thomas’ because it is a scam! This supplement is no different from many other weight loss supplements I’ve reviewed lately, with the same talking points, medical and pharma bashing, and touting of ‘secret’, ancient remedies hidden from the public. So without further ado, let’s find out all about this product, shall we?

ProVen supplement was launched in June 2020. According to its owner Adrian Thomas, his supplement is based on a ‘7-second ritual’ from a monk in Tibet, which helped his wife of 27 years Amy to lose 67 pounds ‘in 4 weeks’ without any dieting or exercise. Since then, this supplement has supposedly helped ‘74,820 people’ and counting to lose weight. The author himself also supposedly used the supplement to lose 4 inches off his waist and ‘reveal the abs I haven’t seen in years.’

Thomas claims that your obesity problem has nothing to do with ‘your thyroid, metabolism, aging or genetics.’ Instead, ‘the real root cause’ of obesity is ‘a dangerous foreign compound that is floating through your veins right now.’ He goes on to claim that this dangerous compound is especially present in every man and woman over 30 years old, and many research institutions, including Harvard, have identified it as the ‘real root cause of why we gain weight and what’s behind America’s obesity epidemic.’

Later in the presentation, he reveals that the so-called ‘dangerous foreign compound’ is actually a group of mostly microscopic plastic particles collectively known as ‘obesogens.’ He then goes on to claim that we cannot avoid these obesogens no matter how hard we try, and not even eating healthy and exercising will help you reduce the impact of these ‘toxic’ compounds.

But fear not, declares Thomas, because with this simple ‘secret’ he obtained from a Tibetan monk, you can neutralize this ‘dangerous foreign compound’, forcing your body to melt excess fat and in no time, you’ll become ‘so slim and sexy that Michelangelo would be proud.’ Of course, this ‘secret’ was hidden from you by the ‘wealthy elite in the health and pharmaceutical industry’ because it will cause them ‘to lose billions upon billions of dollars.’ But today is your lucky day … yay!

Speaking of the monk, how did Thomas get his hands on the ‘secret’?

Adrian Thomas tells us a sob story of how his wife Amy packed up the pounds during her three pregnancies, and how she tried everything from diet, and exercise to acupuncture to lose weight to no avail. This inevitably led to her developing psychological issues which affected their marriage. So to spice things up, Adrian books them a holiday trip to Hawaii.

Amy flips out because she was scared of showing off her body in a bikini and flat-out refuses to go. Then sometime later, she ‘blacked out’ and collapsed while trying to climb the staircase (due to her weight taking its toll, of course) and she was rushed to the hospital.

While at the hospital, Adrian overheard the doctors worrying about Amy’s hormone imbalance, which prompted him to start researching the subject. This led him to discover that his wife was suffering from an overproduction of the hunger hormone ghrelin, which he fingers as the cause of her obesity. He then tries to find a solution from medical sources … only to find nothing other than the good old ‘eat less, exercise more’ stuff.

After a long time of ‘praying to God for help,’ Adrian finally met a man called ‘Chen’ at Amy’s sister’s wedding. This Chen happens to be ‘the leading research scientist for the Chinese government’s Health department.’ Adrian tells him about his wife’s plight. Chen then reveals to him the ‘real root cause of obesity’ – microscopic plastic particles collectively known as ‘obesogens’.

With this information, Adrian sets out to find a solution, which he found in a remote village in Tibet. Apparently, the small Tibetan community has little to no cases of obesity and diabetes, thanks to one ‘foul-tasting’ traditional tea they routinely drink. Adrian goes down to Tibet to buy the tea from a local monk. Then he prepared the first brew and curiously used his obese neighbor as a lab rat, with success. Then he added more ingredients and gave the second brew to his wife, who reportedly lost 2 pounds by just drinking one cup. One month later, she lost 67 pounds. Then out of the goodness of his heart, he decides to turn his tea into a supplement and sell it to you as ProVen.

According to Adrian he analyzed the Tibetan tea in the lab (against the monk’s wishes, mind you) and discovered the following ingredients:

Later on, he added the following ingredients to make ProVen more potent:

Of course, Adrian spent time hyping the antioxidant, antiaging, and obesity-killing benefits of these ingredients, without providing a single shred of evidence to back up any of his claims.

A bottle of ProVen supplement costs $67. There are also two other plans:

Adrian Thomas recommends the 6-bottle plan for the ‘best’ results and for you to use his supplement for at least 6 months. How convenient for his pockets, don’t you think?

Oh… and by the way, buying ProVen comes with what Thomas calls a ’60-day moneyback guarantee’ but let’s face it – scammers never honor their refund policies. So don’t hold your breath.

Now to the fun part. Why is ProVen weight loss supplement a scam?

1. Adrian Thomas is Unverifiable (Does NOT Exist)

Adrian Thomas calls himself a retired paramedic and father of 3 kids who lives with his wife in California. Apart from that, there’s no other information about him. Don’t be fooled by the video of three young people playing when he mentioned his kids because it is definitely a stock video just like the other video clips used in the presentation.

I wasn’t able to trace where the supposed photo of Thomas was stolen from, but I’m certain that the guy in the photo is NOT Thomas. In fact, I have a feeling that the photo has been altered somewhat to make it harder for its origin to be discovered. I have a very good reason for believing this. Let’s talk about it next!

At first glance, one would think that the testimonial photos featured in ProVen are genuine because you couldn’t find them anywhere else on the web apart from websites talking about the supplement. However, it didn’t take me long to realize that the real reason why you can’t find the photos elsewhere is that the scammers doctored them!

Take a look at this testimonial photo of the so-called ‘Rose McMahon from Glenview Illinois’ below:

As you can clearly see, the scammers swapped the hair and head of the woman and changed the color of the upper garments she was wearing. If this doesn’t scream ‘SCAM’ to you at this point, I don’t know what else will!

By the way, the scammer also did the same thing to the testimonial photo of ‘Nigel from UK’ which is actually a random photo you can find on Pinterest.

As I mentioned earlier, Adrian Thomas blames ‘obesogens’ as the ‘real root cause of obesity’, claiming that your weight gain has nothing to do with your diet or genetics. He then specifically singled out microscopic plastic particles – in particular, Bisphenol A (BPA) – as the culprit. This is exactly the same claim made by the scammers behind Leptitox, a popular weight loss supplement scam I exposed last November.

See also  Nucific Bio-X4 Probiotic Review: NOT Scam, But Not Worth it

Well, the truth is, obesogens do play a role in causing obesity. But they a far from being the ‘real root cause’ of obesity. The main cause of obesity remains diet and lifestyle choices, and your genes can and do put you at risk of being obese. What the scammers behind ProVen are doing is twisting and manipulating scientific facts in order to sell you their scam … and so don’t fall for it!

By the way, Thomas failed to prove that Harvard indeed declared obesogens as the ‘real root cause of why we gain weight and what’s behind America’s obesity epidemic.’

Final Conclusion: DON’T BUY ProVen Supplement. It is A SCAM!

Clickbank is the retailer of this supplement. So if you’ve made the mistake of buying it, ask for your money back by contacting Clickbank directly.

Rather than wasting your money on ProVen, here are better, cheaper weight loss programs I recommend instead:

There are other weight loss programs I recommend so check out my Whitelist if these three programs don’t suit your unique situation. Just rest assured that all of them are legit and will honor their refund guarantee, unlike this scam! 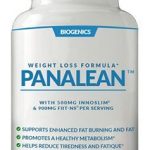 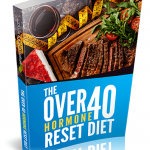