Home / Reviews / The Cinderella Solution Review: It is A SCAM! So many lies and inconsistencies in the backstory

Steals photos of gyms and claims them as her own

The scientific basis is practically nonexistent

The Cinderella Solution by Carly Donovan is, just as its name suggests, a weight loss program based on fairy tales … and you shouldn’t believe any of it! In this review, I’m going to expose this product for what it really is: A well-thought-out phony program full of inconsistencies, lies, and deceit!

If you have stumbled upon this review, you should thank God. This is because there are so many fake reviews about this program online, it makes my head spin. But don’t worry. You have stumbled upon an honest, unbiased review. So sit back, relax and read this piece to the end … and of course, don’t forget to share with your friends when you’re done. Now let’s begin!

What is The Cinderella Solution?

The Cinderella Solution, created in October 2017, is a weight loss program designed exclusively for women. According to its author Carly Donovan, this program contains a ‘female fat-loss code’ that enabled her to lose 84 pounds and regain her youth. According to her, doctors  ‘recently discovered’ a ‘female-only fault line’ which is responsible for the uncontrollable weight gain women experience from their early 20s onward … and she had that experience and nearly died as a result. But thankfully, she was able to survive and discover The Cinderella Solution ‘only a couple hours later.’

Anyway, before we go any further, let’s find out who Carly Donovan is, shall we?

Who is Carly Donovan?

Carly Donovan calls herself a 40-year-old woman who is ‘not some TV Doctor or self-proclaimed guru.’ However, she later hints that she’s a popular wellness personality who is the owner of several weight loss centers with ‘thousands’ of clients. She also claims to have been featured in several ‘national interviews’ have made several ‘speaking engagements’ and have been the recipient of ‘awards.’ All because ‘everyone wanted to know the secret behind my weight loss formulas and famous, “body re-imaging” formulas,’ she claims.

Anyway, my investigation revealed several interesting facts. First of all, I traced some of the photos of her supposed ‘clients’ that she published on her Cinderella Solution website and noticed that some of them were taken from ZumbaGetFit, a dance gym in Danbury, Connecticut owned by a woman named Annette. Another photo Donovan featured as that of her ‘clients’ actually belongs to CrossFit Perpetua, a gym based in London, UK. As you can clearly see, these two gyms definitely do NOT belong to Carly Donovan.

See also  HealthyWage Review: Get Paid Up to $10,000 for Losing Weight!

So what does that tell you? Carly Donovan is lying about owning ‘weight loss centers.’

Carly Donovan has an Instagram profile (UPDATE: Now deleted), which she has made private. Interesting, considering that every other genuine person who owns a program like hers at least has a public social media profile in order to interact with current and potential customers. Apart from Instagram, I couldn’t find any other social media profile of her.

Bottom line: Carly Donovan is a woman who is definitely unqualified to give weight loss advice, and is lying about owning weight loss centers.

Carly Donovan tells us one of these long, boring sob stories I’ve heard countless times from weight loss scams: How she suffered from a severe case of hormonal dysfunction that sent her crashing to the floor and ending up in the hospital. What triggered the near-fatal health scare? Her weight. According to her, at age 37 and weighing 208 pounds, she looked like a fat blob that people sometimes mistook as pregnant. She also told us that her young daughter added to her problems by always bringing home from school an artwork she had drawn featuring a character called ‘Play-Dough-Tummy-Mummy.’

But weeks before the near-death episode occurred, she happened to have read that WHO declared Japan ‘the healthiest country on the planet’ and their women live the longest and have ‘almost non-existent’ obesity. It didn’t take her long to find out the secret behind their extraordinary health. You see, the Japanese practice Shoku-iku (Japanese for ‘food education’), which they introduced in reaction to the fast food craze that hit America in the 1960s. That resulted in eating habits that shunned fast foods and encouraged the tradition of eating small portions of home-cooked meals up to seven times a day. The Japanese also practiced what Donovan calls ‘flavor pairing’…

To cut her long Cinderella story short, Donovan decided to try 4 of the Japanese flavor-pairing ‘rituals’ and just 30 minutes later, she had already started seeing results. Less than two weeks later, she had lost ‘two dress sizes.’ A month later, she had lost 4 dress sizes, a total of 26 pounds. And in total, she lost ‘ almost 90 pounds in record time.’ The secret of her weight loss success is what she now wants you to buy in the form of Cinderella Solution.

Cinderella Solution supposedly works by balancing and stabilizing the activities of ‘your 3 “Queen Beauty” and Youth Hormones insulin, cortisol, and estrogen. Donovan describes insulin as the body’s ‘skinny hormone’, cortisol as your ‘happy hormone’, and estrogen as your ‘pretty hormone.’

Donovan claims that the real root cause of your weight gain is that these ‘3 Queens’, instead of keeping you pretty and attractive as they used to, suddenly transform into ‘Evil Step Mothers’ from your puberty to menopause. Why? Because they are constantly roaming about in your body looking out for pregnancy.

First, Insulin who used to be your “skinny-hormone” keeping you slender, makes it almost impossible for you to lose weight and keep it off.

Then, your “Happy-hormone”, Cortisol transitions to your “Anxiety-Stress-Depression & Sadness (for no reason) Hormone”.

According to Donovan, she has discovered that the Japanese Shoku-iku and ‘flavor-pairing’ tradition successfully controls these hormones, and that’s why Japanese women almost never get fat. She also supposedly studied the flavor-pairing ritual of women in Spain, Switzerland, and Australia, only to find out that none of them counted calories, spend hours in the gym, starve themselves…

Now that you have an idea of what The Cinderella Solution is all about, now is the time to highlight the reasons why you should stay away from this product:

First of all, Carly Donovan tells us that she was 208 pounds at age 37:

Then she informs us that weeks before her health scare, she read the news that WHO called Japan ‘the healthiest country on the planet.’ She even provided a screenshot of the supposed WHO article to prove her claim:

Well, there are serious problems with these claims. First of all, it was BBC, NOT WHO, that reported Japan is the ‘most healthy country.’ As you can see from the link I provided, it is clear that the WHO screenshot above is doctored. To be sure, I searched the archives of the WHO website and didn’t find any article there calling Japan the healthiest country.

Even more importantly, you can also see that the BBC article was published in the year 2000. When you do your math, you’ll realize that Carly, who was 40 years old at the time of Cinderella Solution’s launch (2017) should be 23 years old in 2000. Yet, here she is claiming that she was at least 37 years old then! Even worse, she claims that she was ‘healthy, skinny and happy’ when she was 29!

This finding only proves that Carly is lying (again). This kind of deceit and dishonesty is a big deal-breaker…and I won’t advise you to buy a program whose owner is lying about her own life story in order to sell it to you.

Later in her presentation, Carly claims that she was ’emotional’ when she saw Facebook posts of women thanking her for the effectiveness of her program. Of course, she provided screenshots of the supposed Facebook messages. But on further scrutiny of those screenshots, you’ll realize that they are all fake!

The most damning evidence, however, is the posts bearing ‘Coach Carly.’ You see, Carly Donovan is implying that she has a Facebook page called ‘Coach Carly’ where people send her messages. But my investigation revealed that the only ‘Coach Carly’ page on Facebook belongs to a woman called Carly Evans. She is a ‘transformational life coach’ who has a program called ‘From Surviving to Thriving.’

So as you can see, Carly Donovan has been caught lying and faking … again. When will it end?

We’re not done yet.

Carly Donovan made multiple false statements that I can’t ignore. First of all, she calls insulin ‘your skinny hormone’… which isn’t true. Everyone knows that insulin is the fat storage hormone, the stark opposite of a ‘skinny hormone’. Secondly, cortisol is NOT ‘the happy hormone’, it is serotonin. Thirdly, her claim that ‘the female metabolism is hardwired to fail after 20 years old’ is blatantly false. In fact, this claim is a perfect example of scammers scaring people into buying what they are selling. Fact remains that your metabolism only fails if you have an organic disease, and age only becomes a risk factor when you become at least 40 years and older.

False claims like these are littered all over the presentation. I don’t have the time to debunk all of them but I think that these examples above are enough to prove my point!

Final Conclusion: DON’T BUY Cinderella Solution. It is A SCAM!

Clickbank is the retailer of this program. So if you made the mistake of buying this product, feel free to contact Clickbank directly for your refund.

Rather than waste your money on this scam, here are better programs you can try instead:

This is a program by well-known nutritionist and fitness expert Brad Pilon. He designed this program specifically for women whose metabolism and/or bodily function has been wrecked by the harsh regimen of keto. It is also suitable for any female seeking to lose weight. Pilon assures that with this program, you will lose weight seamlessly and pleasantly without having to experience the side effects that normally accompany keto. Get the program now or read my review for more details.

There are several other weight loss products you can choose from in my Whitelist if the above-listed do not meet your demands. Rest assured that they are all genuine programs that honor their refund policy without any shenanigans, as you will most likely experience scams like The Cinderella Solution. 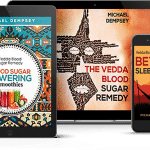 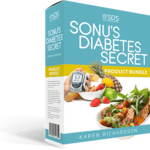