Supposedly reverses tinnitus by removing inflammation in your brain.

Don’t waste your time and money trying Silencil tinnitus supplement by ‘Henry Sanders’ because it is a scam! This supplement is no different from all the other tinnitus scams I’ve been exposing recently on this website … in fact, Silencil didn’t even put in any effort to make its supplement look unique or different from its scammy competition. In this review, you are going to find out all you need to know about this supplement and why you should keep your distance from it!

Silencil tinnitus supplement was launched in June 2020. It claims to be the ‘completely natural’ solution to your tinnitus problems. According to the author Henry Sanders, Silencil cured him of his ‘debilitating’ tinnitus in just 4 weeks. He also claims that Silencil is ‘the only way’ to stop the ringing in your ears and of course, he had to go through ‘the dark side’ of the Big Pharma ’empire’ to get it for you.

So what inspired him to contend with ‘the dark side’ of Big Pharma on our behalf? Let’s find out!

Mr. Sanders tells us a sob story of how he suffered from ‘debilitating’ tinnitus for years, which kept getting worse despite all efforts to remedy it via medical means. Eventually, it got so bad that he lost his mind. So he picked up a drill, switched it on, and pointed it to his head. However, he drops it in ‘shame’ after remembering his wife and kids. So he decides to check himself into a mental health facility in Manhattan to recover his sanity.

Two weeks later, Sanders decides to find the root cause of the tinnitus ‘epidemic’ plaguing the United States. His efforts yielded nothing to work with until he met one ‘Dr Thomas Peterson.’ He describes Dr. Peterson as a high-IQ ‘genius’ who is a member of the exclusive, high-IQ Prometheus Society. It was this great doctor who confirmed Sanders’ research finding that indeed, brain inflammation is the ‘root cause’ of tinnitus.

Dr. Peterson also happened to be doing classified research on a pill that can vastly improve the mental clarity, cognitive skills, and reflexes of the military. Basically, Dr. Peterson was conducting research that will give soldiers ‘mental superpowers’ and part of the process was to first tackle problems such as memory loss, dementia, brain damage, and tinnitus.

Long story short, Dr. Peterson hands him files containing the ‘ultra secret’ cure he had discovered. Sanders uses this secret to cure himself of tinnitus in 4 weeks. Ever since then, ‘122,000 people’ have used his supplement to cure themselves. Now he wants you to buy it and join them.

Mr. Henry Sanders begins by repeating the same old cliché about tinnitus not having anything to do with your ears, but is due to something bad going on in your brain. As I mentioned earlier, Sanders claims that brain inflammation is the real cause of tinnitus.

Sanders proceeds to back up his claims by citing several science articles speculating on whether reducing brain inflammation can treat tinnitus. Specifically, Sanders cited this study from some Arizona researchers who found that loud noise causes inflammation in the auditory brain cortex in mice, leading to tinnitus. With that, Sanders concludes that indeed, inflammation is the ‘root cause’ of tinnitus.

Basically, Sanders is claiming that all you need to do to reverse tinnitus is to get rid of the inflammation in your brain. Conveniently, his Silencil supplement was made to do just that, and more. Let’s find out the ‘ultra secret’ ingredients of this supplement, shall we?

The miracle ingredients of Silencil tinnitus supplement include

Now apart from the B vitamins (whose deficiency can lead to tinnitus), none of the other mentioned ingredients have been scientifically proven to cure tinnitus. As far as I’m concerned, Sanders is using inflammation being the root cause of tinnitus to sell you random herbs, most of which has little or no therapeutic benefits. I see this all the time with tinnitus scams!

A bottle of Silencil costs $69. Two other plans exist:

All these plans come with ’60 days moneyback guarantee’ but this is the policy of the retailer (BuyGoods). BuyGoods does not have a good reputation when it comes to refunds but you can always contact them directly for your money back instead of going through Henry Sanders who will surely ignore you!

Now to the fun part. Why is Silencil tinnitus supplement a scam?

The man in the video calling himself Henry Sanders says he’s a 53-year-old man living in a small New York town with his wife and two children. He also claims to be a ‘research analyst for one of the top pharmaceutical companies’ for the past ’25 years.’ He claims that he has ‘worked closely’ with ‘some of the world’s most renowned doctors and health specialists’ and so has personally witnessed ‘tremendous medical breakthroughs’ as they are being made.

However, there is no way of verifying any of these claims. What I know though, is that the man in the video is a paid actor. I’ve seen too many of his likes to know better!

The testimonials featured on Silencil website are unverifiable and as far as I’m concerned, they are fake. There is no photo or video to verify if these testimonials came from real people instead of the imagination of the scammers. So if I were you, I would disregard those testimonials!

As mentioned earlier, Henry Sanders claims that brain inflammation is the ‘root cause’ of tinnitus. To prove the claim, he cited a study by researchers in Arizona who found that loud noise triggered an inflammatory reaction in the brain of mice, leading to tinnitus. However, Sanders never mentioned the fact that the study was conducted on mice and not humans. He also didn’t mention the fact that exposure to NOISE triggered the inflammation, which means that noise, NOT inflammation, is the ‘root cause’ of tinnitus. Finally, he didn’t tell you that the researchers called for more research on humans since there is still no evidence that their treatment suggestion works on humans.

The bottom line? Silencil is not only based on a falsehood, but the scammers tried twisting a scientific study to sell it!

BuyGoods is the retailer of this supplement. So if have made the mistake of buying it, try getting BuyGoods to refund you. Otherwise, file a credit card dispute with your bank.

So far, no remedy for tinnitus is better than the ones currently being offered by medical professionals. You’re better off following your doctor’s recommendations than falling for scams like Silencil who make outlandish claims! 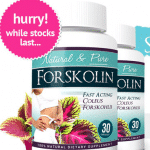