A scam claiming to cure all diseases.

Owned by a shady company

Fails to warn about dangerous side effects of supplement ingredients

Is the food supplement GRS Ultra by ‘George Bridgeham’ a scam or not? My investigation findings indicate that we are dealing with a weird scam that you should never consider buying. In this review, you’ll find out all about this product, who created it, and why you should stay as far away from it as possible.

Bridgeham goes on to claim that he discovered the ‘hidden secret’ in the volcanoes of Iceland, whose ash enriches the soil with ‘brimstone’ (sulfur), an essential nutrient for both plants and humans, and selenium.

GRS Ultra’s goal is to increase the levels of glutathione in the body. For those who don’t know, glutathione is a substance naturally produced by the liver, and it is the body’s main antioxidant. Antioxidants are substances that fight and eliminate free radicals from the body. Free radicals are highly reactive by-products of body metabolism that can cause cell damage and lead to various kinds of diseases and accelerate aging.

The liver uses sulfur and selenium to make glutathione so GRS Ultra claims to boost this process by supplying the body with more selenium and sulfur. But is this a good idea? We shall see.

So far, things are looking quite good for GRS Ultra for the most part. But now I’ll tell you the reasons why you should avoid this product at all costs!

1. George Bridgeham is A Pseudonym and Unverifiable

In the Terms and Conditions page of GRS Ultra, you’ll find out that George Bridgeham is a pseudonym ‘for privacy purposes.’ This is a big problem because, to start with, we are dealing with a supplement that has a pharmaceutical drug in it (N-acetylcysteine) so we need to verify if the manufacturer is actually qualified in this field to use a mainstream drug in a supplement. And speaking of qualifications, the man calling himself George Bridgeham in the video never tells us who he is, his qualifications or his company. I’m pretty sure he’s a paid actor though.

See also  Top 5 Exercises to Help You Improve Your Digestion

Meanwhile, here are the two faces of George Bridgeham. Are they the same or different? Let me know in the comments section!

Speaking of the company…

2. GRS Ultra is Owned by A Shady Company

GRS Ultra is manufactured by a company called Clover7 Nutritionals Pte Ltd. Its address is 616 Corporate Way, Suite 2-4096
Valley Cottage, NY 10989. Using Google Maps reveals that this company is located in a shopping center … which makes me wonder how they manufacture the supplement.

Clover7 Nutritionals also has a website, which was created in February 2018 – 11 months AFTER the creation of GRS Ultra’s website. It only has 5 nothing articles designed towards promoting GRS Ultra, an About page that basically tells us nothing about the company, and a Contact page.

3. Terms And Conditions of GRS Ultra are Problematic and Ridiculous

To start with, Clover7 Nutritionals address is in New York, USA. But according to their Terms and Conditions, their ‘Terms of Use shall be governed by and construed in accordance with the laws of Singapore and any dispute shall be subject to binding arbitration in Singapore.’ What?

Here is what they said concerning any dispute:

You may only resolve disputes with us on an individual basis, and may not bring a claim as a plaintiff or a class member in a class, consolidated, or representative action. Class arbitrations, class actions, private attorney general actions, and consolidation with other arbitrations aren’t allowed.

In other words, you are not allowed to sue them and so by using their product, you agree to give up your right to sue. Ridiculous, isn’t it? Basically, this company is protecting itself from taking responsibility if anything goes wrong. This goes to show you the kind of scam we’re dealing with!

GRS Ultra doesn’t feature any testimonials on its website. But I found some reviews from people at Amazon and the positive reviews there are either sycophantic or from those who wanted to give it more time to work. But the negative reviews are more useful. Some complained that the pills ‘stink badly’ and some confirmed that it doesn’t work.

FYI: The probable reason the pills stink is that it contains a high amount of N-acetylcysteine, which has an unpleasant, repulsive smell [WebMD]

5. Fails To Warn You About Dangers of Supplementing Selenium and Sulfur

While heaping praise on selenium and sulfur, George Bridgeham failed to mention that supplementing selenium is not entirely safe. He omitted the crucial info that selenium overdosage can lead to an increased risk for aggressive prostate cancer, skin cancer, and type 2 diabetes [WebMD]. Selenium also interferes with the function of other drugs, and its side effects range from bad breath to liver/kidney damage and even death. Because of these risks, selenium supplementation is best done under the supervision of a doctor.

According to WebMD, ‘there isn’t enough reliable information available to know if taking sulfur by mouth as the medicine is safe.’ Sulfur is best used externally.

Final Conclusion: DON’T BUY GRS Ultra. It is A SCAM!

This scam uses Paypal for payment processing. So if you made the mistake of buying it, please ask for your refund by following Paypal’s instructions here. I recommend that you file a dispute instead of contacting the seller, as I’m sure that they will not honor their so-called ‘365 day moneyback guarantee.’

This is is a turmeric supplement that will deliver turmeric, a known superfood, to your body in the most efficient manner so that you can reap the maximum benefits. Unlike GRS Ultra, PuraThrive isn’t claiming that its product will cure diseases. But it has the potential to keep your health in the best shape possible. Read my Purathrive Liposomal Turmeric review for more details.

Please share this review with the relevant people you know so that they too will be warned. As usual, feel free to use the comments section if you have any contributions to make. Thank you! 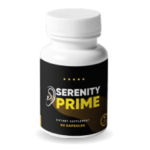