The scientific basis makes no sense

Don’t waste your time and money trying ToxiBurn weight loss supplement by ‘Tyler Miller’ because it is a scam! There are tons of fake reviews of this supplement out there in the front pages of search engines so if you are reading this review, you are one of the lucky few who just avoided one of the most highly-promoted weight loss scams of the year so far. In this review, you are going to find out the truth about this supplement, which will be enough to make you stay away from it. So without wasting much of our time, let’s begin!

ToxiBurn supplement was launched in September 2020. According to Miller, he has found the ‘root cause of unexplained belly fat’, which led to his wife ‘Martha’ losing 65 pounds and reversing all the symptoms of the chronic diseases she was suffering. He also allegedly used ToxiBurn himself to effortlessly lose 32 pounds, ‘exposing the abs I’ve not seen since my 20s.’ Since then, ‘82,440 women and men’ have since used this ’30-second fix’ found in ToxiBurn ‘to melt away stubborn belly fat – without making any changes to their diet.

We’ll see if these claims will hold up upon scrutiny but first, let’s talk about the backstory of ToxiBurn, shall we?

Tyler Miller tells us the classic sob story of how his wife Martha put on 60 pounds of excess weight during her last pregnancy, which she was unable to lose despite spending their ‘life savings’ on all forms of diets and exercise. Even ‘breastfeeding … for over a year and eating healthily’ did not help. Her doctors were not helpful either.

So Martha resorted to ‘starving herself.’ That backfired. So she slipped into depression and their marriage became sour as a result. Then on the eve of her 43rd birthday, Martha suffered a heart attack, landing her in the hospital. There, the doctor told her that she’ll essentially die from high blood pressure and high cholesterol if she doesn’t immediately lose at least 60 pounds by ‘eating less and exercising more.’

Dejected, Tyler Miller prayed to God for help in the hospital chapel. Not long after, he met a ‘celebrity’ called ‘Molly Wilson’, who introduced him to one South Korean ‘researcher’ named ‘Dr Kim.’ This ‘doctor’ – who charges ‘12,000 an hour’ to treat celebrities – is supposedly a Harvard graduate and a native of Jeju island, whose inhabitants are reportedly ‘one of the oldest and healthiest people in the world.’ He spent 10 years researching about the ‘natural medicine’ used by the locals to maintain their super health, eventually coming up with ‘an all-natural, 30-second fix that fights obesity’ without expensive drugs, diet or exercise.

See also  Exipure Supplement Review: NOT Recommended! (This is Why)

Long story short, Dr Kim lectures Martha about the root cause of weight gain before giving her his ‘natural solution.’ The very next day after using his solution, she had already lost 2 pounds. 7 days later, she had lost 18 pounds. Ultimately, she lost 65 pounds.

Now Miller wants you to experience Martha’s success by buying Dr Kim’s ‘natural weight loss solution’ in the form of ToxiBurn supplement. According to him, God has given him the ‘responsibility … to share the weight loss formula with the world.’

According to ‘Dr Kim’, the real reason why people over 30 can’t lose excess weight has ‘nothing to do with diet, exercise routine, age or genetics.’ Rather, it’s because of what he calls ‘Mid-life metabolic stress.’ He defines mid-life metabolic stress as the state when your body ‘becomes so overloaded with toxins that your healthy liver is forced to work twice as hard to filer and eliminate them.’

After lecturing us on the detoxification functions of the liver, Dr Kim claims that exposure to toxins from the air, soil, food, medication and environment forces the liver to overwork itself to eliminate them. He then practically says that the liver is fighting a losing battle, as the CDC says that the average human has ‘over 300 environmental toxins’ in the body at any given time, ‘and that number will only climb higher.’

Dr Kim claims that these toxins eventually force the overworked liver ‘to stop making bile’ which is needed to remove them. This, according to Dr Kim, then leads to ‘unexplained belly fat and weight gain’.

Don’t fret though, because Dr Kim has figured out natural ingredients which, when taken in combination, will eliminate the toxins and help the body overcome ‘mid-life metabolic stress.’ Let’s look at them, shall we?

The ingredients of ToxiBurn supplement include

Of course, Tyler Miller did not bother providing any evidence to prove that these ingredients when taken in combination leads to weight loss. Instead, he just posted a list of random links on the references page of his website, which you cannot even click or copy. I looked at the ingredients and sure thing, none of them has any serious scientific evidence backing them.

A bottle of ToxiBurn supplement costs $59. There are two other plans available:

Each offer comes with a 60-day moneyback guarantee which, in actuality, is the mandatory refund policy of the retailer Clickbank. So should you decide to get a refund, you’ll definitely get it if you contact Clickbank directly.

Now to the fun part. Why is ToxiBurn supplement a scam?

1. Tyler Miller Does NOT Exist!

Tyler Miller calls himself a 44-year old Formula 1 racetrack designer who lives with his wife Martha and three children in Los Feliz, a suburb in Los Angeles, CA. That’s all we know about him. The smiling guy in the video insinuated to be Miller is most likely a stock video. As you can clearly see, the video presentation is made almost entirely with stock videos.

Anyway, don’t bother finding out who this Tyler Miller is because he does NOT exist. Why? The next section will convince you.

ToxiBurn is all about how ‘Martha’, Tyler Miller’s wife, lost 65 pounds of excess fat by using the ’30-second fix’ found in it. To prove this, Miller provided us with a before-after photo of who he claims is Martha. But the reality is that the photo belongs to a New Zealand woman and popular social media influencer named Simone Anderson!

As you can see from the Daily Mail article, Ms Anderson said that she lost 92kg (202 pounds), not 65 pounds as Miller claimed. Also, she says that she lost the weight mainly by watching her diet, NOT taking some ’30-second fix’ supplement like ToxiBurn.

So what does this tell you? The scammers behind ToxiBurn are thieves and liars!

After what you just read above, it shouldn’t surprise you when I tell you that the testimonials featured on ToxiBurn are all stolen photos, should it? Yeah, that’s what I thought! Just for documentation sake, let’s list some of them:

This should be enough.

4. The Scientific Basis Makes NO Sense

As I mentioned earlier, Tyler Miller claims that the root cause of unexplained accumulation of excess fat is failure of the liver to produce enough bile due to it being ‘overworked’ by toxins. This practically flies in the face of what we medical professionals know about the liver and bile production. Let me explain.

First, there are only two major reasons why your liver can’t produce enough bile:

So if you have a healthy, functioning liver with your gallbladder intact yet still struggling from weight gain, how will this claim by Tyler Miller make sense to you?

In fact, if your liver doesn’t produce enough bile, one of the main symptoms is WEIGHT LOSS, not weight gain. The reason is simple. Bile is needed to digest fat in the body. If there is no bile, your body can’t digest fat, meaning that there’ll be no fat to store in your body. Instead, the fat will be excreted from your body, which is a condition we call steatorrhea (pale-colored stool) So you’ll lose weight!

Now do you see why Tyler Miller’s claim doesn’t make any sense?

Final Conclusion: DON’T BUY ToxiBurn Supplement. It is A SCAM!

Clickbank is the retailer of this supplement. So if you have made the mistake of buying it, ask for your refund by contacting Clickbank directly. They are a reputable company who honors their refund policy.

Rather than waste your time trying ToxiBurn supplement, here are better, legit alternatives you can try instead:

If this review has helped you, please don’t forget to share it with the people you know. Also feel free to use the comments section if you have any contributions to make. Thank you! 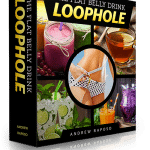